The total production of uranium concentrate by SE "VostGOK" in January-June amounted to 227.8 tons, the total cost of the produced concentrate decreased by 40% - to 663 million hryvnia. 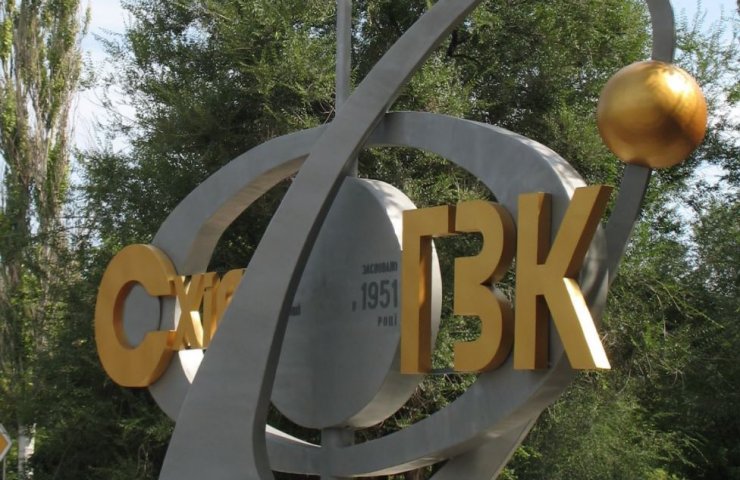 The state enterprise "Vostochny Mining and Processing Plant" in the first half of 2021, compared to the same period in 2020, reduced the production of uranium oxide concentrate by 45% - to 227.8 tons, the total cost of the UOK produced decreased by 40% - up to UAH 663 million. Data on the work of SE "VostGOK" was published on Monday on the website of the Ministry of Energy of Ukraine.

According to the Ministry of Energy, the extraction of uranium ore in the first half of 2021, compared to the same period in 2020, decreased by 13% - to 242.2 thousand tons. Most uranium ore was mined in 2021 in June - 51 thousand tons. At the same time, the largest amount of uranium oxide concentrate this year was produced in March - 49.8 tons, for UAH 145 million.

"Vostochny Mining and Processing Plant" is the only enterprise in Ukraine that provides uranium mining and production of natural uranium concentrate. SE "VostGOK" is one of the ten largest uranium producers (2% of world production) and provides up to 40% of uranium needs of Ukrainian nuclear power plants.

Recommended:
The profitability of purchases of scrap metal in Ukraine has decreased, but is still higher than the norm - UAVtormet
KNESS starts construction of a site for the production of "green" hydrogen in Vinnitsa
Abnormal heat in Canada leads to the suspension of uranium mining at a mine in Saskatchewan
On this topic
Vostochny Ore Mining and Processing Plant reduced production of uranium concentrate by 45%
Vostochny GOK in 2020 increased the production of uranium concentrate by 7%
The only uranium mining enterprise in Ukraine reduced uranium production by 7.1%
Uranium problems: Ukraine may lose its own production
Eastern GOK reduced production of uranium concentrate by 30%
Ukraine plans to increase uranium production in 2020
Partner news
Сomments
Add a comment
Сomments (0)
News Analytics
Gas price in Europe exceeded $ 500 per thousand cubic meters29-07-2021, 16:43
German concern ThyssenKrupp sells its mining business29-07-2021, 16:22
We are working hard: Ukrzaliznytsia records record indicators of daily load29-07-2021, 11:56
Ingulets GOK increased rye crops on tailings dumps and banks29-07-2021, 11:47
Oilmen from Uzbekistan assessed Intrpipe pipes29-07-2021, 11:16
Steel raw materials prices decline in all regional markets27-07-2021, 11:57
On the regional markets of metallurgical products, prices are balancing in a22-07-2021, 16:22
Demand for armaments will ensure a stable growth of armored steel sales by 4%20-07-2021, 10:10
Protectionist Measures Support European Steel Prices Despite Summer Lull19-07-2021, 11:02
Positive price growth is observed in the markets for metallurgical products16-07-2021, 14:12