Uranium problems: Ukraine may lose its own production

In Ukraine, workers of uranium mines are on strike. For several days in a row, the mines of the Vostochny Ore Mining and Processing Plant have been idle due to a lack of funds for uranium mining. Miners warn of imminent "death " of the industry. 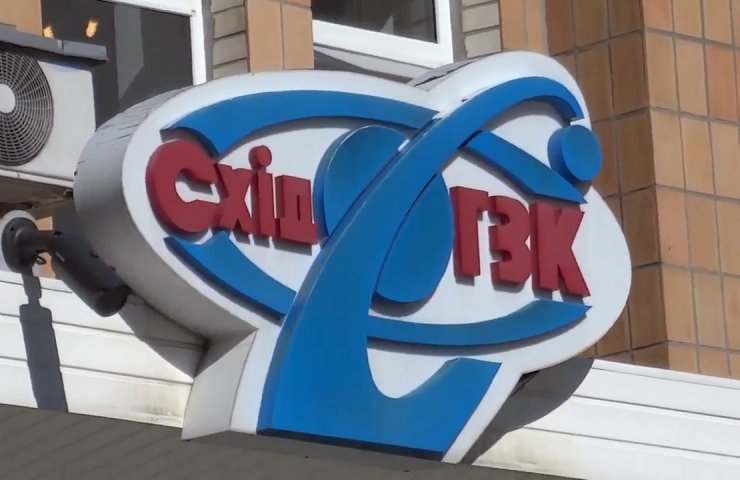 There are three operating uranium mines in Ukraine today. All of them are managed by the State Enterprise (SE) "Eastern Mining and Processing Plant " (VostGOK). This enterprise is one of the ten largest uranium producers in the world and provides two percent of world production.

On December 7, employees of the SE "VostGOK " stopped the production process, started a strike and came to the protest action under the walls of the Ukrainian government.

"The enterprise has been completely stopped and brought to a standstill. We turn to the authorities, if you need the uranium mining industry and the energy independence of Ukraine, restore the operation of the enterprise, " says Dmitry Bondarev, chairman of the independent trade union of the Ingul mine of VostGOK.

"Vostochny Ore Mining and Processing Plant " is the only enterprise in Ukraine that provides the extraction of uranium ore and the production of uranium oxide concentrate. The plant supplies this concentrate to the state enterprise National Atomic Energy Company (NAEK) "Energoatom " for fabricating fuel assemblies used at Ukrainian nuclear power plants to generate electricity for the needs of the country. SE "VostGOK " provides up to 40 percent of the needs for uranium raw materials of Ukrainian nuclear power plants.

At present, Energoatom does not fulfill the payment schedule for the uranium mined before VostGOK. Therefore, the plant owes its employees about UAH 130 million in wages.

"We have five thousand workers. Now another 20 percent of the salary for October has not been paid and has not been fully paid for November, " the adviser to DW told DW. Alexander Sorokin, General Director of SE "Eastern Mining and Processing Plant ".

According to him, the excavation of underground workings has now been suspended, the hydro-mortgage works and the production plan are not being carried out.

The problems of "VostGOK " began back in 2017, when the National Commission for State Regulation in the Spheres of Energy and Utilities (NERC KP) approved a methodology for determining the price of nuclear fuel and uranium oxide concentrate in the electricity tariff structure. The price for uranium oxide concentrate was tied to the spot market and world prices for this concentrate. At the same time, the price of uranium extracted from Ukrainian mines with this method has become significantly lower than the cost of its production.

"This is due to the peculiarity of the uranium deposit in Ukraine. In our country, uranium occurs in granite rocks, and it is mined in granite mines by block leaching, which significantly increases the cost of the extracted products. In other countries, uranium occurs in soft soils, and it is mined a less costly method of in situ leaching. NERC KP did not take this into account at the time, "explains Olga Kosharnaya, an expert on nuclear power.

As a result, the production cost of the Ukrainian uranium oxide concentrate has become much more expensive than the price for which its SE "VostGOK " sold NAEK "Energoatom " and gradually the enterprise became unprofitable. After all, the average selling price of uranium oxide concentrate is currently $ 75 per kilogram, while its production cost is at $ 130 per kilogram.

"We were promised to cover the difference between the price and the cost of production with state subsidies from the budget. But no one gave it, " - complains Alexander Sorokin.

Last 2019 was a critical year for VostGOK. The enterprise was on the verge of closure. Then NNEGC "Energoatom " and the plant entered into an agreement under which "Energoatom " had to make advance payments for products not yet delivered in order to to resume uranium mining and the production of uranium oxide concentrate and pay off debts to the workers of uranium mines. in particular with the payment of salaries to miners.

"Chairs in the morning, money in the evening "

"NAEK " Yenargoatom "transferred 2.6 billion hryvnia during this year for the delivered products. Why " VostGOK "does not pay its people a salary - this should be done by law enforcement agencies. And on the so-called debts "Energoatom ", then they are not in front of this enterprise. There are still payments for the delivered products, in the amount of up to 100 million hryvnia, but they will be made when these products are provided, "- said DW representative of the communications department of NAEK " Energoatom "Oleg Slobodyan.

According to him, "Energoatom " is for the next year to sign a new agreement on the purchase of products with the SE "Vostochny Ore Mining and Processing Plant ", excluding

Recommended:
The Ministry of Strategic Industry of Ukraine and the Cosmos Association signed a Memorandum of Cooperation
General Motors and Volkswagen suspend production in Mexico over natural gas shortages
China intends to tighten control over strategic mineral resources
On this topic
Workers of the only uranium mining enterprise in Ukraine protest
State Enterprise "VostGOK" will increase the efficiency of uranium production at the
Workers of the only uranium mining enterprise in Ukraine prepare for protests
Eastern GOK reduced production of uranium concentrate by 30%
"VostGOK and Energoatom signed a six-year contract for the supply of uranium concentrate
Ukraine plans to increase uranium production in 2020
Add a comment
Сomments (0)
News Analytics
By the end of 2020, Severny GOK reduced electricity consumption by over UAH 3005-03-2021, 10:47
Uralvagonzavod will change the assortment due to overproduction of open wagons05-03-2021, 09:09
China intends to tighten control over strategic mineral resources05-03-2021, 09:42
Tesla will become a strategic partner of one of the largest nickel mines05-03-2021, 09:42
Metinvest will gain control over the largest producer of coking coal in Ukraine04-03-2021, 19:26
Spread between raw materials and high strength alloy steel in Europe increased01-03-2021, 20:21
Increase in prices is forecasted in the markets of steel raw materials -26-02-2021, 09:25
Troy ounce of gold will drop $ 500 in two years - Fitch25-02-2021, 18:29
Global iron ore production growth to outstrip cumulative production in India23-02-2021, 10:22
Fitch Ratings Warns of “Shocking Impact” on Fossil Fuel Exporters18-02-2021, 14:44
Sign in with: