Since the beginning of the year, coal mining enterprises of Ukraine of all forms of ownership have been working at the proper pace and have produced 19.67 million tons of coal, exceeding the plan by 16%. The same, unfortunately, cannot be said about state-owned enterprises, which are constantly underfunded and therefore cannot get rid of debt. 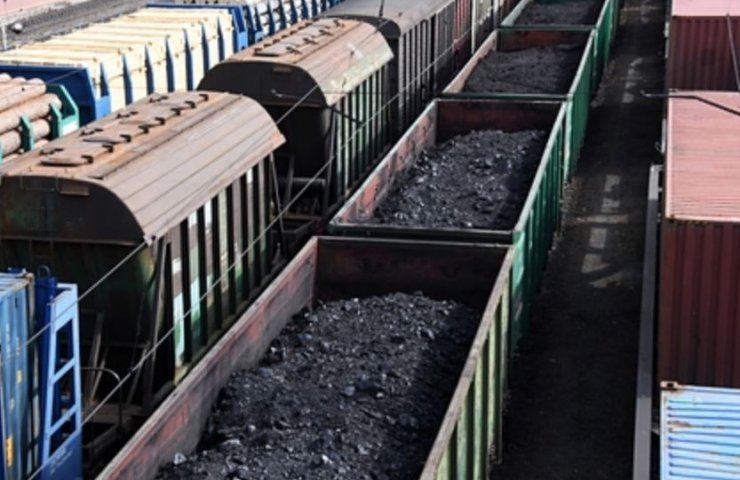 According to the Ministry of Energy, in August this year, coal mining enterprises of Ukraine of all forms of ownership fulfilled the plan by only 81%, having produced just over 2 million tons of coal. At the same time in the ministry stated that the country lacks 3.5 million tons of coal for the heating season.

Rinat Akhmetov's DTEK Energo and the state holding PJSC Centrenergo began purchasing coal for thermal power plants in the USA, Poland and Kazakhstan, which is the closest ally of the Russian Federation. At the same time, Russia itself remains the largest supplier of coal to Ukraine - according to the State Statistics Service, in the first half of 2021 its share reached 66.3 percent.

“Throughout August, NEC“ Ukrenergo ”reported an insufficient amount of coal at thermal power plants and even about stopping power units at some of them due to the lack of solid fuel. At the same time, the mines complained that they could not ship the mined coal, because Ukrzaliznytsia did not provide them with the required number of wagons, so they had to slow down the pace of work ", - told at the Independent Trade Union of Ukrainian Miners.

The union reported that state-owned coal mining companies are constantly underfunded and therefore cannot get rid of debts for electricity, fuel and lubricants, and so on. For eight months, they were able to lift only a little more than 4 million tons of solid fuel, or less than the target by 574.5 thousand tons.

“Among the reasons for the lag is the forced shutdown of state-owned mines due to their blackout through debts to electricity suppliers. Chronic wage arrears are also not conducive to shock work - do not chop up a lot of coal for the hungry, for this you need strength, ”they say in the trade union.

They offered the Ministry of Energy not to draw up schedules, not to arrange videoconferences and not to count how much import coal from abroad, and fully pay off domestic enterprises for the coal already shipped by them, set a fair price for it and pay off wage debts to Ukrainian miners, which on September 1 this year. year, according to the Ministry of Energy, exceeded 1.2 billion hryvnia.

Earlier today it became known that Ukrzaliznytsia JSC will pay UAH 377.86 million in fines for late delivery of goods in 2019-2021. This was announced by the head of the Temporary Investigative Commission of the Verkhovna Rada, created to check and assess the state of the UZ, Yulia Grishina on her Facebook page.

According to her, the commission asked to name the specific culprits of the situation with the failure of the delivery of goods, to which a response came with a signature - the acting board member of Ukrzaliznytsia Roman Chernitsky and the director of commercial and logistics work of the company Alexander Zaruba, the essence of which is that it is not possible to identify the culprits due to the complex problem.

Финансовая аналитика, прогнозы цен на сталь, железную руду, уголь и другие сырьевые товары. More news and analytics on Metallurgprom telegram channel - subscribe to get up-to-date market information and price forecasts faster than others.
Сomments
Add a comment
Сomments (0)
On this topic
Yuzhmash told whether it is possible to launch reusable rockets from the Black Sea
Metinvest, together with the Rinat Akhmetov and Vadim Novinskoy Foundations, donated 3,200 COVID-19
How the reform of the electricity market in Ukraine can lead to a collapse and what to do about it
Hydrogen technologies open up opportunities for decarbonization of the main sectors of the
The holding company of Rinat Akhmetov promised to ensure an uninterrupted supply of heat and light
Coal prices in Europe hit new all-time high at over $ 230 per tonne
Recommended:
US chip makers caught in crossfire of sanctions
Export of scrap metal from Japan in January-July decreased by 25.4%
UK government to set up Critical Minerals Agency
News Analytics
EBRD downgrades Ukrainian economic growth forecast for 2023 from 25% to 8%28-09-2022, 13:57
EU plans additional sanctions against Russian metallurgy27-09-2022, 10:34
The European Commission has approved 5.2 billion euros of state support for27-09-2022, 10:43
China's leading industrial profits fall 2.1% in first 8 months27-09-2022, 10:20
Moody's changed the outlook for the global mining industry to26-09-2022, 19:04
China production cuts in winter will give limited boost to steel markets -15-09-2022, 10:09
Steel prices may rise as manufacturers stop production11-09-2022, 14:06
IREPAS: The global long products market is in a "dramatic situation"10-09-2022, 20:49
Steel prices are unlikely to rise significantly in the near future - analysts02-09-2022, 22:58
Steel prices may move up on new data from China31-08-2022, 12:19
Sign in with: