Ukraine lacks 3.5 million tons of coal for the heating season - Ministry of Energy

The Ministry of Energy of Ukraine plans to cover the deficit of fossil fuels by supplying thermal coal from Poland and the USA. 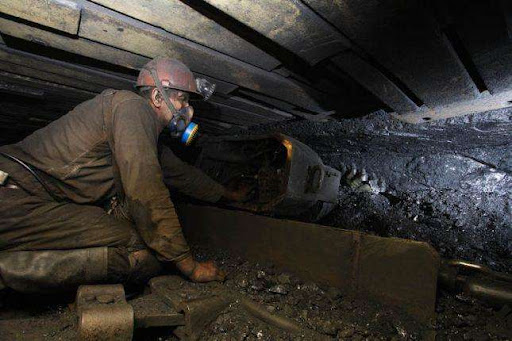 "In addition, it is necessary to import about 3.5 million tons during the heating season in accordance with the coal accumulation schedule," the minister said in an exclusive interview to the Interfax-Ukraine agency.

At the same time, he noted that generating companies - both DTEK and Centerenergo - have begun to conclude contracts for the import of coal.

According to the words, the price of electricity in the Ukrainian market already makes it possible to “calmly buy coal, produce electricity, sell and earn”.

“We expect that we will stabilize the situation with coal and will calmly pass the heating season,” the minister summed up.

Like reported , Rinat Akhmetov's DTEK Energo and the state holding PJSC Centrenergo have agreed to supply 75 thousand tons of thermal coal from the United States in the coming months, which they will share equally. The supply of American coal from Hamilton mine US will be carried out through the international trader Trafigura.

DTEK also announced the start of coal supplies from Poland, the first batch of which in the amount of 2.7 thousand tons arrived in Ukraine on August 19 within the framework of an agreement signed with the Polish coal mining company Bogdanka on the import of 320 thousand tons of energy coal. In addition, DTEK Energo expects fuel supplies from Kazakhstan.

The Ministry of Energy of Ukraine has increased the planned indicators for the accumulation of coal in the warehouses of TPPs and TPPs at the beginning of the autumn-winter period (OZP) - for October - up to 3.046 million tons, which is 2.16 times higher than the plan approved by the previous monthly schedule.

Финансовая аналитика, прогнозы цен на сталь, железную руду, уголь и другие сырьевые товары. More news and analytics on Metallurgprom telegram channel - subscribe to get up-to-date market information and price forecasts faster than others.
Сomments
Add a comment
Сomments (0)
On this topic
DTEK, the first industrial energy storage system in Ukraine, has been certified by NEC Ukrenergo
Stopped nuclear power plants and mines. What's going on in the energy sector of Ukraine?
Rinat Akhmetov's energy holding began purchasing coal from Poland, Kazakhstan and the USA
Ministry of Energy of Ukraine asks banks to finance the purchase of coal for the heating season
Heating season in Ukraine: where there can be problems with heat and why
DTEK Energo shipped 50 cars of coal from the mines of Dobropolyeugol on thermal power plant
Recommended:
Purchase of gold products from the company "Basis Gold"
Turkey will five times increase the price for the passage through the Bosphorus
Zaporizhstal has reduced the output of metal products by 56% since the beginning of the year
News Analytics
Ukrainian court invalidated sale of Ferrexpo Plc shares in 200222-09-2022, 12:45
EU Commission not doing enough to save aluminum industry - associations21-09-2022, 11:07
Steel market in Europe expects big production cuts due to weak demand20-09-2022, 11:13
Ford warns investors to cut car deliveries due to parts shortages20-09-2022, 10:43
The price of lithium resumes insane growth after Elon Musk's remarks20-09-2022, 10:54
China production cuts in winter will give limited boost to steel markets -15-09-2022, 10:09
Steel prices may rise as manufacturers stop production11-09-2022, 14:06
IREPAS: The global long products market is in a "dramatic situation"10-09-2022, 20:49
Steel prices are unlikely to rise significantly in the near future - analysts02-09-2022, 22:58
Steel prices may move up on new data from China31-08-2022, 12:19
Sign in with: