In 2021, China will not have enough 50 million tons of coal even with the growth of its own coking capacity 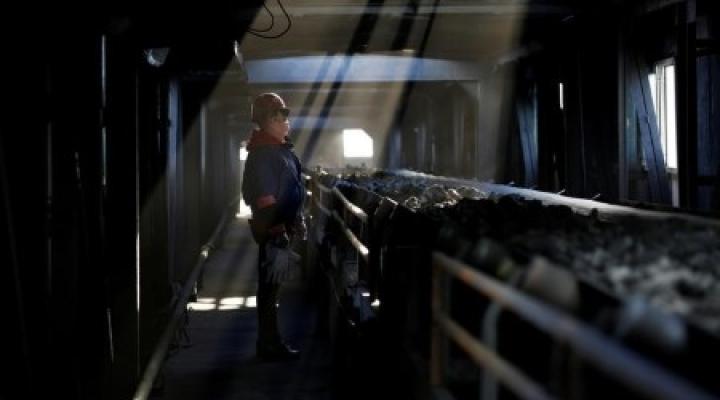 Despite these statements, according to Shenzhen-based brokerage Guotai Junan Securities, China is expected to experience record coal supply shortages in 2021.

This comes at a time when China is vigorously pursuing dual controls on energy consumption and energy intensity, limiting production in its high-energy domestic steel sector.

China requires steel mills to cut annual production in 2021 at or below 2020; a step that fits into the country's plan to achieve high carbon targets in the coming years.

Steel mills in provinces such as Jiangsu and Shandong are gradually expanding production cuts, which are expected to accelerate in the coming weeks, S&P Global Platts previously reported.

According to Guotai Junan Securities, China's coal supply has been impacted by ongoing stringent safety checks at mines, the government's policy to ensure sufficient supply and price stability for thermal coal, and reduced coal imports.

Experts believe that the increase in coal production in the PRC's domestic market will be limited in the near future, but expect that coal production will increase in the medium to long term amid government policies to ensure the supply of scarce materials.

Финансовая аналитика, прогнозы цен на сталь, железную руду, уголь и другие сырьевые товары. More news and analytics on Metallurgprom telegram channel - subscribe to get up-to-date market information and price forecasts faster than others.
Сomments
Add a comment
Сomments (0)
On this topic
Global iron ore production growth to outstrip cumulative production in India and Russia - Fitch
The price bubble in the ore market will soon deflate quickly
China can greatly reduce production of stainless steel, having transferred power to Indonesia
Beijing: climate targets will be met with domestic energy supply
Chinese officials blame small steel mills for poor ecology
Platts: steel Market of China will not be able to recover until the second half of the year
Recommended:
Metinvest intends to receive compensation from Russia for the destroyed plants in Mariupol
Ukraine delivered 86,000 tons of iron ore to Turkey in September - TUIK
Dneprovsky Metallurgical Plant received almost UAH 2 billion in net profit last year
News Analytics
Australia and the UK aim to catch up and overtake China in the battery metal26-11-2022, 22:37
The United States imposed a ban on the import and sale of equipment from26-11-2022, 22:31
The pipe metallurgical plant in Nikopol continued to work after a short stop26-11-2022, 22:52
The state will not support the export of metals from Russia - Ministry of25-11-2022, 13:18
ArcelorMittal Kryvyi Rih suspends production due to shelling of energy25-11-2022, 12:04
Platinum market to face shortage next year - WPIC22-11-2022, 18:25
Global steel demand falls and will fall by 2.3% in 2022: WorldSteel19-10-2022, 23:12
Iron ore prices fall to 11-month low15-10-2022, 10:36
China production cuts in winter will give limited boost to steel markets -15-09-2022, 10:09
Steel prices may rise as manufacturers stop production11-09-2022, 14:06
Sign in with: