In Japan stated that this is a historic deal that marks the emergence of China in the League of manufacturers of high quality steel and portend a serious threat to the profits of Japanese steel companies. 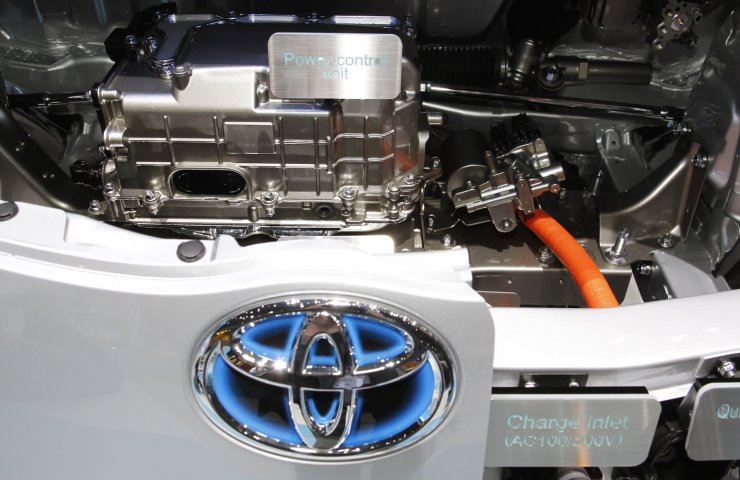 Toyota Motor started to purchase part of its requirements of sheet electrical steel from China Baowu Steel Group, the largest steel supplier in China. According to analysts, this may mean that the Japanese steelmakers should be prepared for serious competition from Chinese manufacturers.

If it used to be that Japanese metal better Chinese, but now it is not so, noted in the Nikkei.

Steel sheet is a high quality product and the most important material for electric vehicles, for the production of which requires complex technologies. Since high quality is critical, to date, Toyota has purchased it from the leading steel manufacturers in Japan.

Toyota has not only endorsed the quality of the steel sheet China Baowu for use in hybrid and electric vehicles in Japan, and already taking delivery of the product.

This is the first time that a major Japanese automaker uses the electrical steel sheet manufactured by a Chinese company, in cars of Japanese production.

China Baowu Toyota will supply a limited amount of steel, but the head of Toyota has stated that the Chinese product "as good as its Japanese counterparts. ... We are going to diversify the suppliers of material," said CEO Akio Toyoda.

in addition, this year China Baowu also started to supply their products to major American manufacturer of electric Tesla.

Bargain Toyota and Baowu shows that the world steel industry is entering a new phase. China, which produces 60% of raw steel in the world, had hitherto been regarded as manufacturer of low-quality steel used in non-critical building structures and other products of General purpose.

Now technology of China have reached a new level, and the ratio quality – price will force many consumers to take a new look at its pool of suppliers.

Recommended:
Smart Maritime Group launched 4 tanker for the Dutch VEKA Group
The Antimonopoly Committee of Ukraine returned to DCH a package of documents on Motor Sich PJSC
Ukraine purchased a sea batch of bitumen from Italy
On this topic
The largest metallurgical company of China Baowu may have become the world's largest
Toyota Group opens car battery recycling plant in Thailand
Asia faces an influx of Chinese steel due to Washington's actions
Posco prepares for the green car era
Toyota forges contacts with Chinese battery manufacturers
China Trade Conflict Reflects Asian Stainless Steel Market
Add a comment
Сomments (0)
News Analytics
KZhRK miners' strike threatens with loss of sales markets without prospects of16-09-2020, 21:51
Privatization of the alcohol industry has started in Ukraine16-09-2020, 14:56
The head of KZHRK ordered preparations for the conservation of all four mines16-09-2020, 13:40
Toyota and Dentsu team up to improve marketing strategy16-09-2020, 10:16
Iron ore prices to surpass six-year high soon16-09-2020, 10:32
Iron ore prices to surpass six-year high soon16-09-2020, 10:32
World Oil Demand Peak May Be Over - BP15-09-2020, 09:05
China expands car market capacity by increasing demand for steel and metals11-09-2020, 10:56
Prices continue to rise in the long and flat steel markets08-09-2020, 14:25
Difference between ferrous and non-ferrous metal28-08-2020, 13:45
Sign in with: