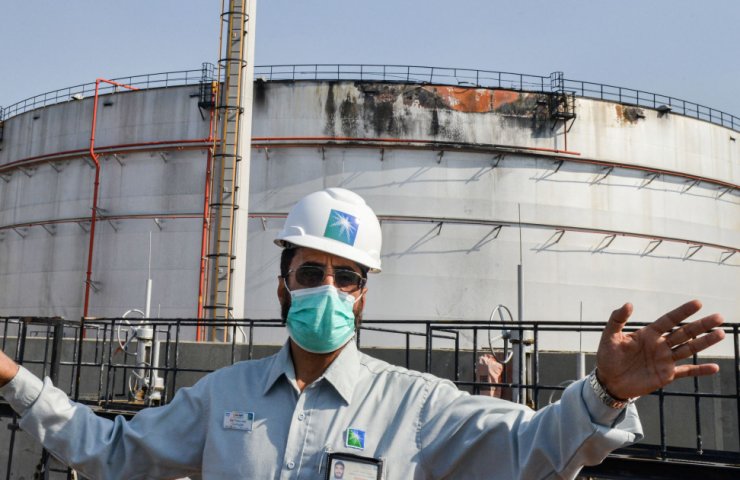 The net profit of the Saudi state oil company Saudi Aramco in 2020 decreased by 1.8 times and amounted to $ 49 billion against $ 88.2 billion a year earlier, according to the company's statements published on Saturday.

The company released its financial results a year after the pandemic drove oil prices to an all-time low as people stopped moving around the world to stop the virus from spreading.

Saudi Aramco President Amin al-Nasser said that last year was one of the most difficult in the company's history due to the consequences of the coronavirus pandemic.

“However, as a result of the increased focus on capital and operational efficiency, the company's financial position remained strong, and in 2020 Saudi Aramco announced a dividend payment to shareholders in the amount of $ 75 billion,” Amin al-Nasser added.

Almost all of the dividends go to the Saudi Arabian government, which owns more than 98% of the company.

In recent weeks, the price has risen due to easing travel restrictions, increased trade, and more people vaccinated against COVID-19. Nevertheless, analysts warn that demand is still far from the peak.

Earlier this month, the kingdom said it would extend its voluntary production cut by 1 million barrels per day until at least April. Most of the oil cartels OPEC and allied countries also left their production cut. Saudi Arabian officials have called for caution, arguing that the global economic recovery could still be undermined by new restrictions associated with the rapidly spreading new variants of the virus.

Recommended:
The government of Ukraine has taken the first step to integrate SE "VostGOK" into the structure of Energoatom
Tomorrow Ukraine will sell the rights to the largest titanium ore deposit - Gosgeonedra
ArcelorMittal Kryvyi Rih reduced quarterly production of rolled metal by 2.9%
On this topic
Saudi Aramco to Provide $ 10 Billion to Buyer of Its Pipeline Division
The world's largest oil company Saudi Aramco is forced to borrow money to pay dividends
Saudi Aramco has sold an additional 450 million shares citing high demand
Share price of Saudi Aramco, two days rose 20%
Saudi Saudi Aramco will put 1.5% of the shares in the IPO at a price of $ 8 per share
IPO Saudi Aramco most profitable company in the world, which will become public
Add a comment
Сomments (0)
News Analytics
Укрзализныця достигла согласия с поставщиками по отгрузке дизельного топлива21-04-2021, 14:25
Global hydrogen demand to grow 7-fold by 2070 - PwC21-04-2021, 12:31
Energy independence of Ukraine depends on decarbonization and "green" energy -21-04-2021, 12:42
Shell tests hydrogen fuel cells on ships in Singapore21-04-2021, 11:39
Gazprom will continue to develop priority areas of hydrogen energy based on21-04-2021, 10:49
Global hydrogen demand to grow 7-fold by 2070 - PwC21-04-2021, 12:31
World Steel Association predicts a good year for metallurgists15-04-2021, 18:19
World Steel Association defines green steel and its variations12-04-2021, 13:14
China unlikely to cut steel capacity in 2021 due to high steel prices07-04-2021, 12:11
Scrap metal market at the beginning of April02-04-2021, 11:10
Sign in with: