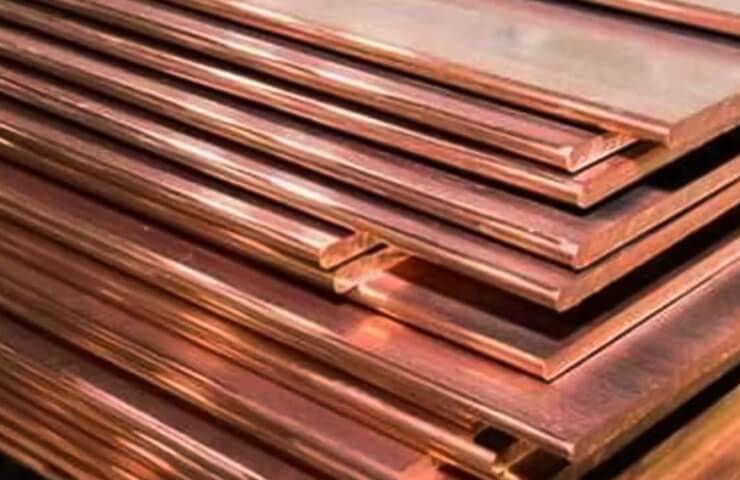 Copper stocks are once again approaching historical lows, with only 200,402 tons of available stock officially held by the LME, Comex and SHFE metal exchanges, with New York accounting for more than half of the total.

After rising 26% in 2021, copper prices have struggled for direction this year. On Wednesday, March futures made another attempt to find a new trading band, climbing to $4.58 a pound ($10,095 a tonne), a level from which the top metal has rebounded twice before this year.

The price of copper in New York jumped to $10,770 a ton last May and tried again to reach record levels in mid-October.

At present, the surge has been driven by a struggle for fast delivery of the metal after copper stockpiles have been emptied and available stock on the London Metal Exchange (LME) has fallen to its lowest level since 1974.

Copper stocks are again approaching historical lows, with only 200,402 tons of available stock officially held by the LME, Comex and SHFE, with New York accounting for more than half of the total.

Copper markets are not as liquid as oil, but the oil market is no stranger to stock shocks.

Outside of the official and regulated markets, there is anecdotal evidence that obtaining physical copper is becoming a pain in the ass, a scam perpetrated on impatient buyers.

Last March, a Swiss metal trader walked away with burnt fingers after trying to buy a copper blister on behalf of a Chinese client, according to Bloomberg:

The saga unfolds like a gangster thriller as a Swiss trading house claims to be the victim of a cargo scam. Even before his journey had begun from a port near Istanbul to China, some 6,000 tons of blister copper in over 300 containers had been replaced with jagged paving stones spray-painted to resemble semi-refined metal.