Coal remains the main fuel for US power plants 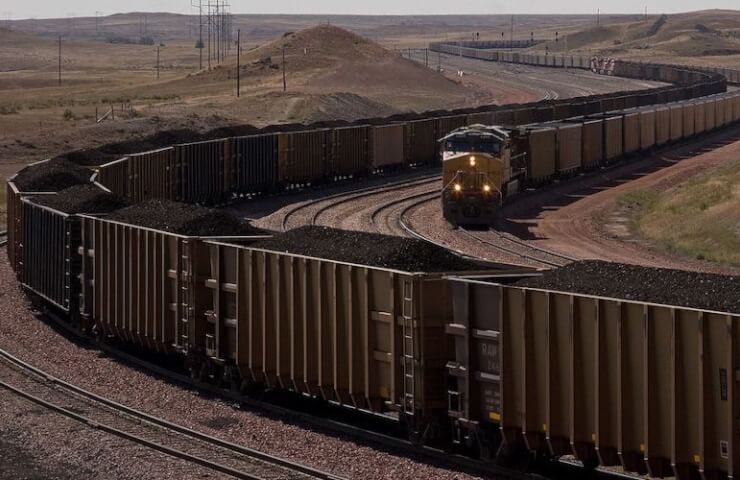 U.S. coal prices top $200 for the first time as the global energy crisis boosts demand for the dirtiest fossil fuel.

According to data released on Monday by the US Energy Information Administration, spot coal prices from Central Appalachians rose to $204.95 per ton in the week ended September 30, the highest in 2005.

Coal remains the main fuel for US power plants, and rising prices will increase pressure on US households, which are already struggling with record high electricity bills. According to the National Association of Energy Relief Directors, about 20 million households across the country—or about one in six—have failed to pay their utility bills.

Coal prices have begun to rise as economies around the world have recovered from pandemic-related restrictions, pushing up demand for electricity faster than coal miners and natural gas producers have been able to increase supply for power plants. This was exacerbated as Russia's war in Ukraine turned energy markets upside down and power plants' demand for coal and natural gas continued to rise amid record summer heat.

Meanwhile, coal producers are working at full capacity and have no opportunity to increase production. Even if they could, clogged supply chains mean they'll have trouble delivering any extra tons. All of this is putting sustained upward pressure on prices, which have reached record highs in the US, Asia and Europe.

Финансовая аналитика, прогнозы цен на сталь, железную руду, уголь и другие сырьевые товары. More news and analytics on Metallurgprom telegram channel - subscribe to get up-to-date market information and price forecasts faster than others.
Сomments
Add a comment
Сomments (0)
On this topic
Coal use in thermal power plants is skyrocketing in the US, driving up fuel prices
USA records record steel production
US Steel Capacity Utilization Exceeds 2008 Record
Los Angeles Times: a Perfect storm in the American market of steel
American companies raised prices for the second time in a month
USA: Winners and Losers in Trump's Trade War with China
Recommended:
EU new car market continues to recover in double digits
The European Union has sharply increased purchases of Russian titanium
UK extends ban on Russian gold imports
News Analytics
Metinvest enterprises in Ukraine resumed work after massive shelling of29-11-2022, 11:59
The European Council added the violation of restrictive measures (sanctions) to28-11-2022, 14:22
The abolition of export duty in India may reduce the price of Turkish steel28-11-2022, 14:07
Australia and the UK aim to catch up and overtake China in the battery metal26-11-2022, 22:37
The United States imposed a ban on the import and sale of equipment from26-11-2022, 22:31
Commodity prices will fall, metals quotes will rise slightly - Focus Economics28-11-2022, 13:28
Platinum market to face shortage next year - WPIC22-11-2022, 18:25
Global steel demand falls and will fall by 2.3% in 2022: WorldSteel19-10-2022, 23:12
Iron ore prices fall to 11-month low15-10-2022, 10:36
China production cuts in winter will give limited boost to steel markets -15-09-2022, 10:09
Sign in with: