Thanks to President Trmp's protectionist policies, the US steel industry is operating at record levels of capacity utilization, smelting nearly 2 million tonnes of steel per week. 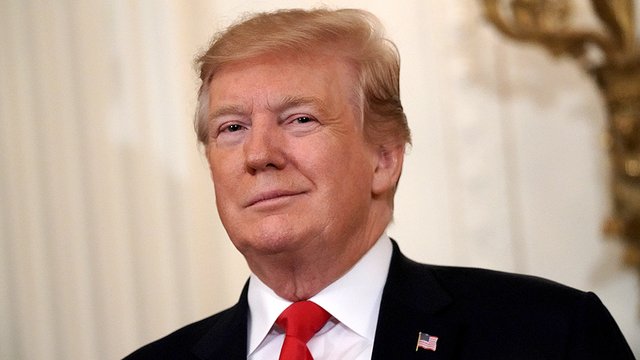 Weekly U.S. steel production saw significant gains in the week ending May 11, 2019, up from the same week a year earlier. This was reported by the American Iron and Steel Institute (AISI). In addition, production for the reporting week was marginally higher compared to the previous week.

Domestic steel production in the United States for the week ended May 11, 2019 was 1.927 million tonnes at a capacity utilization rate of 82.8 percent. In addition, production during the week rose marginally by 0.6% over the previous week.

« In one year, Tariffs have rebuilt our steel industry - it's booming! We set a 25 percent tariff on discarded steel from China and other countries, and now we have a large and growing industry. We had to save steel for our defense and auto industries, both of which are making a comeback! ", the US President tweeted Tuesday morning.

In one year Tariffs have rebuilt our Steel Industry - it is booming! We placed a 25% Tariff on “dumped” steel from China & other countries, and we now have a big and growing industry. We had to save Steel for our defense and auto industries, both of which are coming back strong!

Since the president implemented his tariff strategy last year, more than 12,700 jobs have been created or saved in smelters and aluminum smelters, The Washington Post reported.

American consumers and companies, however, pay more than $ 900,000 a year for each job saved or created as a result of Trump's tariffs, as calculated by the Peterson Institute for International Economics.

According to the US Department of Labor, this is reportedly more than 13 times the salary of a steelworker.

Trump imposed protective tariffs on steel and aluminum imports from China in 2018.

Финансовая аналитика, прогнозы цен на сталь, железную руду, уголь и другие сырьевые товары. More news and analytics on Metallurgprom telegram channel - subscribe to get up-to-date market information and price forecasts faster than others.
Сomments
Add a comment
Сomments (0)
On this topic
US Steel Capacity Utilization Exceeds 2008 Record
World steel production in September fell by 0.3%
Steel production at record levels. What's next?
Los Angeles Times: a Perfect storm in the American market of steel
World steel production slightly increased in January 2019
Steel production at Metinvest's plants in Q3 2020 increased by 22%
Recommended:
Platinum market to face shortage next year - WPIC
The owner of the Dnipro iron and steel works commented on reports of absentee arrest in the Russian Federation
Volvo starts deliveries of electric trucks made of fossil-free steel
News Analytics
Metinvest enterprises in Ukraine resumed work after massive shelling of29-11-2022, 11:59
The European Council added the violation of restrictive measures (sanctions) to28-11-2022, 14:22
The abolition of export duty in India may reduce the price of Turkish steel28-11-2022, 14:07
Australia and the UK aim to catch up and overtake China in the battery metal26-11-2022, 22:37
The United States imposed a ban on the import and sale of equipment from26-11-2022, 22:31
Commodity prices will fall, metals quotes will rise slightly - Focus Economics28-11-2022, 13:28
Platinum market to face shortage next year - WPIC22-11-2022, 18:25
Global steel demand falls and will fall by 2.3% in 2022: WorldSteel19-10-2022, 23:12
Iron ore prices fall to 11-month low15-10-2022, 10:36
China production cuts in winter will give limited boost to steel markets -15-09-2022, 10:09
Sign in with: