Malaysian Airlines lost two aircraft in a row in 2014, has suspended the acceptance of 25 Boeing 737 MAX. 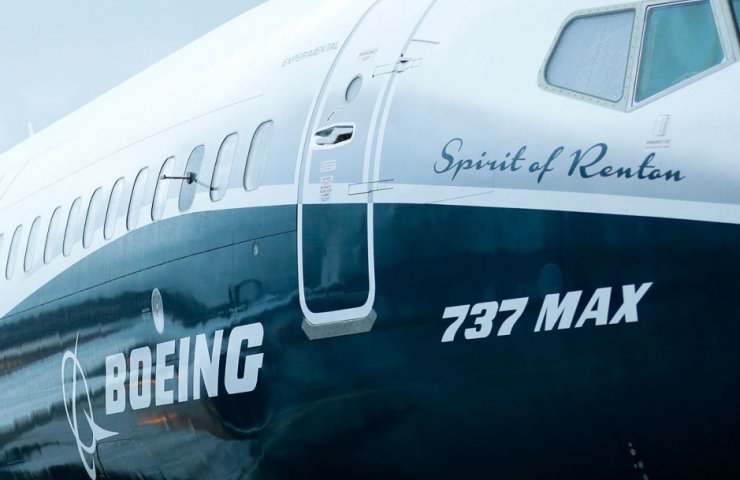 Malaysia Airlines said Wednesday that it has suspended accepting 25 Boeing 737 MAX, explaining their refusal by the continuing ban on flights of this aircraft model.

This decision was another setback for Boeing, which on Tuesday reported its worst annual net orders over the past decade, and the lowest number of aircraft deliveries in 11 years, losing the world championship main competitor, the European Airbus.

Boeing was supposed to hand Malaysia Airlines its first 737 MAX in July 2020, but last year it became known that the suspension of flights of this model around the world could last until the autumn.

Analysts have said that carriers are experiencing a shortage of funds such as Malaysian Airlines, can take advantage of the situation with the 737 MAX to negotiate with Boeing on a restructuring of its orders.

last year, Norwegian Air Shuttle ASA announced that its subsidiary leasing subsidiary in Dublin have reached an agreement with Boeing about the delay of delivery of 14 aircraft 737 MAX, which were to be produced in 2020 and 2021.

on Tuesday, Boeing announced the abandonment of 183 orders for the 737 MAX in 2019, including the cancellation, but many have been associated with the collapse of a major client, the Indian Jet Airways Ltd.

the Government of Malaysia is looking for a buyer for the debt-Laden airline, which is not yet able to cope with the aftermath of two tragedies in 2014, when its flight MH370 disappeared, what remains a mystery, and flight MH17 was shot down over Eastern Ukraine.

Финансовая аналитика, прогнозы цен на сталь, железную руду, уголь и другие сырьевые товары. More news and analytics on Metallurgprom telegram channel - subscribe to get up-to-date market information and price forecasts faster than others.
Сomments
Add a comment
Сomments (0)
On this topic
Virgin Hyperloop Conducts First Vacuum Train Test with Real Passengers
Virgin Galactic unveils polished stainless steel spaceplane
Airbus begins supplying A350 aircraft through its hub in China
Virgin Galactic has signed an agreement with NASA on the delivery of the ISS commercial passengers
Fuselages of all Airbus A220 aircraft are manufactured in China
Virgin Galactic reveals the interiors of the new space plane
Recommended:
British scientists have found a way to cut CO2 emissions from steel production by 90%
Norwegian startup to build €4bn green steel plant
UK is ready to give 300 million pounds to save British Steel
News Analytics
War in Ukraine to accelerate world economy transition to clean energy - BP30-01-2023, 11:49
ArcelorMittal invests $120m in US green steel company30-01-2023, 11:11
The United States refused to comply with the decision of the WTO on tariffs on29-01-2023, 20:08
China remains the world leader in shipbuilding with a 50% share of new shipyard29-01-2023, 12:35
Prices for metal products in Ukraine increased by 26% last year29-01-2023, 12:06
S&P: Russia will continue to dominate the steel export market in the Black05-01-2023, 11:22
Fitch Analysts Predict Big Drop in Global Steel Consumption This Year14-12-2022, 13:59
Analysts predict 5% annual growth in the iron casting market through 203006-12-2022, 12:44
Commodity prices will fall, metals quotes will rise slightly - Focus Economics28-11-2022, 13:28
Platinum market to face shortage next year - WPIC22-11-2022, 18:25
Sign in with: