Tesla has released a video showing a prototype Tesla Semi electric truck on a test track. 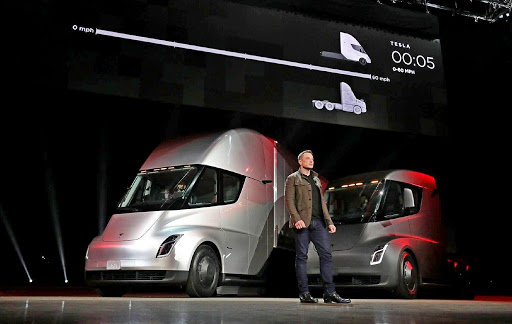 Tesla has posted a video of its Tesla Semi electric truck prototype running on a test track. For the first time, the American automaker demonstrated an electric truck in motion.

Semi on the track pic.twitter.com/0QCTYGbLJv

The commercialization of electric truck tractors was reportedly made possible by the use of new battery cells called the Tesla 4680 and possibly even Tesla's new structural battery pack.

At Tesla's battery bottom last year, the automaker said the new cells would allow cars like the Tesla Semi to be used.

As production approaches, these new prototypes are expected to potentially be equipped with new elements of Tesla's pilot production in Fremont.

The Tesla Semi was originally slated to enter production in 2019. After several delays, Tesla started talking about "low-volume production at the end of 2020," but later the deadline was pushed back to 2021.

Most recently, Tesla announced that the electric truck will go into production this year and supplied to some of its loyal customers.

The Tesla Semi is expected to reduce logistics costs through lower operating costs, as well as reduce greenhouse gas emissions from Tesla's operations.

Recommended:
The European Union approved the use of mealworms
Electrotyazhmash was allowed to overhaul the rolling stock of Ukrzaliznytsia
Liberty Steel Owner Says Aggressive Lender Actions Threatens 35,000 Jobs
On this topic
2021 will be the year of rapid development of private astronautics
Today Elon Musk will launch an interplanetary stainless steel rocket into the stratosphere
Virgin Hyperloop Conducts First Vacuum Train Test with Real Passengers
Nikola founder was suspected of buying a hydrogen truck project from a Croatian designer
Tesla patented the electrode for batteries of the electric vehicle designed for a million miles
Mother Elon musk helped his son to sell the Tesla in the new year's eve
Add a comment
Сomments (0)
News Analytics
Dneprotyazhmash manufactures technological equipment for DMK07-05-2021, 10:07
The National Bank of Ukraine will sell 46 tons of scrap metal from obsolete07-05-2021, 10:10
Dnieper Metallurgical Plant DCH Steel in April reduced steel production by 2.8%07-05-2021, 09:18
Revised draft law on support of the extractive industry of Ukraine sent to07-05-2021, 09:41
Global auto industry to lose more than 2 million cars due to chip shortage -06-05-2021, 21:26
The current state of the market is ideal for the sale of rolled steel - IREPAS04-05-2021, 18:41
Global hydrogen demand to grow 7-fold by 2070 - PwC21-04-2021, 12:31
World Steel Association predicts a good year for metallurgists15-04-2021, 18:19
World Steel Association defines green steel and its variations12-04-2021, 13:14
China unlikely to cut steel capacity in 2021 due to high steel prices07-04-2021, 12:11
Sign in with: