In addition, the US Treasury will provide an additional $ 8 billion in aid to the struggling private bus industry. 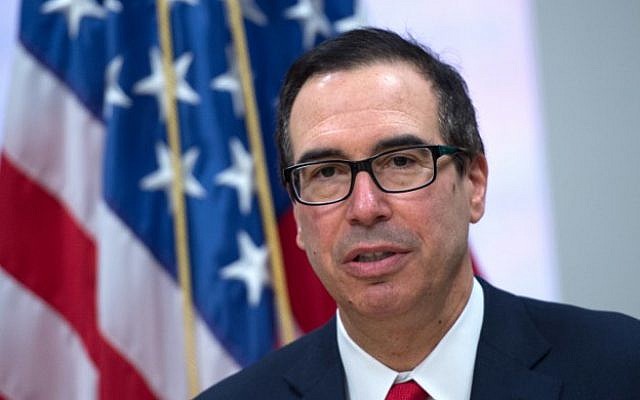 US Treasury Secretary Steven Mnuchin said Wednesday that his department plans to provide $ 20 billion in additional government payroll support to US airlines.

“I think it would be very important in terms of employment and rescue of the industry,” Mnuchin said at a House hearing.

In October, American Airlines and United Airlines laid off more than 32,000 employees after the expiration of a previous $ 25 billion payroll assistance program.

Mnuchin also said he supports the provision of similar assistance to the struggling private bus industry. The bipartisan proposal, unveiled on Tuesday, will provide bus companies with $ 8 billion.

Recommended:
28 officials prosecuted for explosion at gold mine in East China
Underlying profit (EBITDA) of Metinvest in 2020 increased by 82%
China Integrated Circuits Market Exceeds $ 140 Billion in 2020
On this topic
Ukraine needs to reduce mortgage rates to 8-10% - Confederation of Builders of Ukraine
Washington may cancel the portion of the tariff on metals in the fight against the coronavirus
The Bank of Rinat Akhmetov joined the program "Affordable loans 5-7-9%"
Malaysia Airlines suspends the reception of Boeing 737 MAX
Los Angeles Times: a Perfect storm in the American market of steel
Investigation results: The crash of the Boeing 737 Max Lion Air was caused by a combination of 9
Add a comment
Сomments (0)
News Analytics
Мировое производство нержавеющей стали упало впервые за 5 лет02-03-2021, 13:20
LADA increased sales of new cars in February by 13.1%02-03-2021, 12:15
Ukrzaliznytsia announced a tender for the purchase of 100 new passenger cars in02-03-2021, 10:14
In honor of March 8, women of Energomashspetsstal will receive sweet gifts and02-03-2021, 10:39
Shanghai enters into force new rules to promote the use of cars on new energy02-03-2021, 10:07
Spread between raw materials and high strength alloy steel in Europe increased01-03-2021, 20:21
Increase in prices is forecasted in the markets of steel raw materials -26-02-2021, 09:25
Troy ounce of gold will drop $ 500 in two years - Fitch25-02-2021, 18:29
Global iron ore production growth to outstrip cumulative production in India23-02-2021, 10:22
Fitch Ratings Warns of “Shocking Impact” on Fossil Fuel Exporters18-02-2021, 14:44
Sign in with: