Coins "American eagle" were sold in 2018, at the minimum 11 years price

sales of silver coins amounted to 15.7 million ounces, which is the lowest annual figure since 2007, according to the data of the US Mint 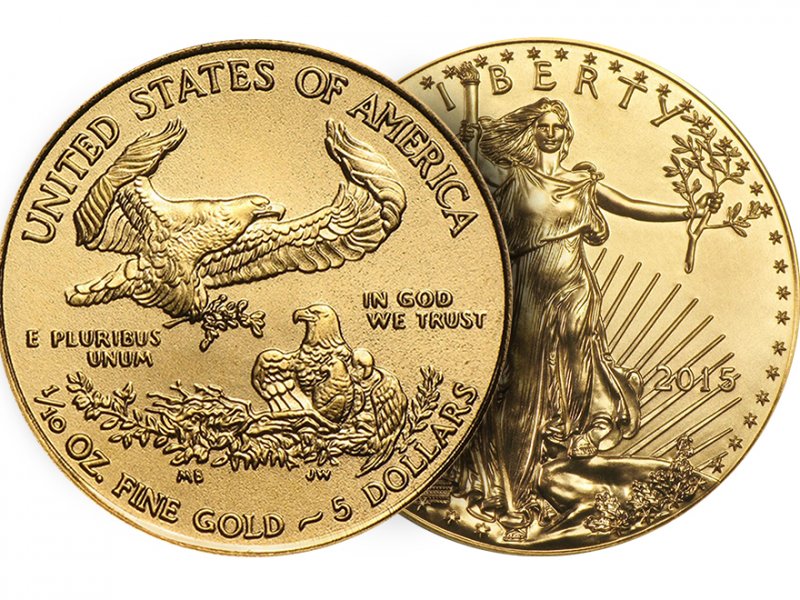 As shown by data on Monday, the U.S. Mint, sales of investment coins "American eagle" in the gold and silver performance fell to its lowest level in 11 years during 2018, as investors preferred higher-yielding assets, despite the volatility in world financial markets (stock and bond market) at the end of the year.

based on the information the United States Mint, sales of investment coins "Gold American Eagle" in 2018 reached 245,500 ounces, and the lowest figure for the year starting in 2007. In December, the Mint sold 3,000 ounces of gold coins, which is 85.4 percent lower than sales in November.

sales of silver coins amounted to 15.7 million ounces, which is the lowest annual figure since 2007, according to the data of the US Mint. In December sales of coins "Silver Eagle" reached 490,000 ounces, falling to 70.2% compared to the previous month.

As shown by the data, sales of American Eagle coins was down consistently during the first five months of this year. The mood changed in the summer, the outbreak of a trade war between the United States and China, which caused a temporary shift to more secure assets.

Gold has traditionally been a reliable product, which investors buy in times of economic and geopolitical uncertainty as to preserve its assets.

later, However, this momentum waned as the U.S. dollar increased in value terms. This made dollar-denominated gold more expensive for holders of other currencies and less attractive for investment.

Recommended:
Elon Musk showed how it will look giavarina Tesla in Berlin
S&P affirms "Metinvest" level "In", with a stable Outlook
An emergency summit of EU on rescue of economy of the unit can be finished to no avail
On this topic
Gold inflows into ETFs reached 1,000 tons
Июньские цены на сталь в Китае упали, несмотря на рост спроса
Рост экономики Китая замедлился из-за торговой войны с США
Азия посчитывает убытки от торговой войны Китая и США
Доходность китайской промышленности сократилась на 4 процента
Стоимость акций Новолипецкого металлургического комбината упала на 12,26 процента
Add a comment
Сomments (0)
News Analytics
"Metinvest " in May increased revenue by 13.6% versus April, debt increased by04-08-2020, 18:49
Metinvest's Kryvyi Rih GOKs will pay double taxes to the local budget until01-08-2020, 14:16
US Steel will not restart blast furnaces in Indiana until the end of this year01-08-2020, 14:02
ThyssenKrupp closed the deal for the sale of the elevator business01-08-2020, 13:53
Minister for Strategic Industries of Ukraine inspected YUZHMASH workshops31-07-2020, 09:49
Steel begins to lose the battle with the aluminium due to the growing27-07-2020, 17:08
Gold may reach a record high in 201114-07-2020, 12:47
Steel prices in southern Europe are rising, despite weak demand23-06-2020, 10:54
Analysts expect strong demand growth for steel in China10-06-2020, 11:57
Global steel consumption in 2020 will be reduced by 6.4% - Worldsteel04-06-2020, 13:53
Sign in with: