Colorado-based robotics firm Lunar Outpost will receive $ 1 from the US budget for collecting and delivering soil samples from the Moon's South Pole. 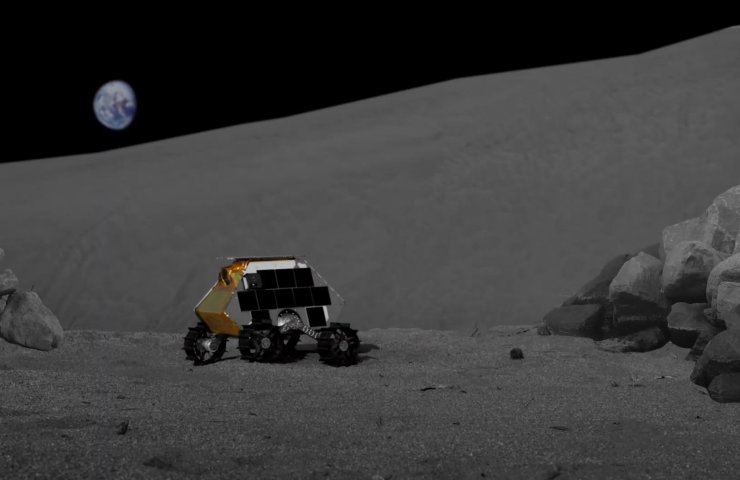 US Space Agency has signed contracts with four private companies that will collect moon rocks and mud over the next few years and then donate materials to NASA. The contracts are designed to begin work on the extraction, sale and use of extraterrestrial resources, which, as agency officials emphasize, are the key to the further development of humanity.

“We think it is very important to create a precedent where private sector actors can extract, use these resources, and NASA can acquire and use them to fuel not only NASA activities, but a whole new dynamic era of public and private development in exploration on the Moon and then eventually on Mars, ”Mike Gold, NASA's acting assistant administrator for international and inter-agency affairs, told reporters.

NASA will pay Lunar Outpost $ 1 to collect rocks from the moon after it has won the tender. "The mission is planned for 2023, but we are working with several different lander companies, which could lead to an earlier launch date," Lunar Outpost CEO Justin Cyrus told the BBC.

In addition to Lunar Outpost, NASA's tender for the delivery of samples of extraterrestrial soil to Earth was won by ispace Japan, which will receive $ 5,000 for collecting samples in 2022 from the northeast of the satellite, ispace Europe - $ 5,000 for samples from the south side of the Moon and Masten Space Systems - 15 thousand dollars for samples of the southern side of the satellite.

American taxpayers' money will be paid in three stages: 10% after the selection of participants in the program, another 10% - when the company launches a spacecraft to the Moon and 80% - when NASA checks the collected samples.

Funding is so low because NASA pays solely for the material collected, without paying any invoice for any companies' development costs, agency officials said.

NASA notes that royalties are not the main motivation for the winning companies. The mission is expected to bring many scientific and business benefits, such as allowing private firms to begin practical extraction of resources from the lunar surface.

Companies must take all actions to fulfill contracts in full compliance with the Registration Convention, Article II and other provisions of the Outer Space Treaty, as well as in accordance with other relevant international obligations of NASA., the agency noted.

Финансовая аналитика, прогнозы цен на сталь, железную руду, уголь и другие сырьевые товары. More news and analytics on Metallurgprom telegram channel - subscribe to get up-to-date market information and price forecasts faster than others.
Сomments
Add a comment
Сomments (0)
On this topic
NASA doubted the reality of the landing on the moon in 2024
2021 will be the year of rapid development of private astronautics
NASA postpones man-made moon landing due to legal battle with SpaceX
Bacteria will help space mining industry - results of an experiment on the ISS
The historical path from the Energia-Buran project to the Zenit space rocket complex
Chinese lunar module to conduct geological exploration on Earth satellite
Recommended:
Ferrexpo's net profit in the first half of the year decreased by 88%
Tesla sells off most of its bitcoin holdings
Steel prices in the EU continue to fall as the summer holidays begin
News Analytics
China reduced steel exports in July by one million tons or 12%08-08-2022, 17:41
World steel prices have moved from a protracted fall to growth08-08-2022, 16:27
Ferrexpo's net profit in the first half of the year decreased by 88%03-08-2022, 10:20
Ukrainian gas transportation system allowed to pump biomethane03-08-2022, 10:18
The strategy for the development of Russian metallurgy will be "quickly02-08-2022, 14:02
The US market may begin a collapse in prices for thick sheet14-07-2022, 09:39
High iron ore shortage could halt metallurgy's green transition28-06-2022, 14:02
Price volatility hits global steel market27-06-2022, 19:28
Recovery in China could be key to rising global steel prices - MEPS24-06-2022, 14:00
Conflict in Ukraine spurs Europe's drive for clean energy03-06-2022, 12:14
Sign in with: