The National Labor Relations Board (NLRB) in the United States at the end of December accused Google of labor law violations, including spying on employees to prevent union formation. 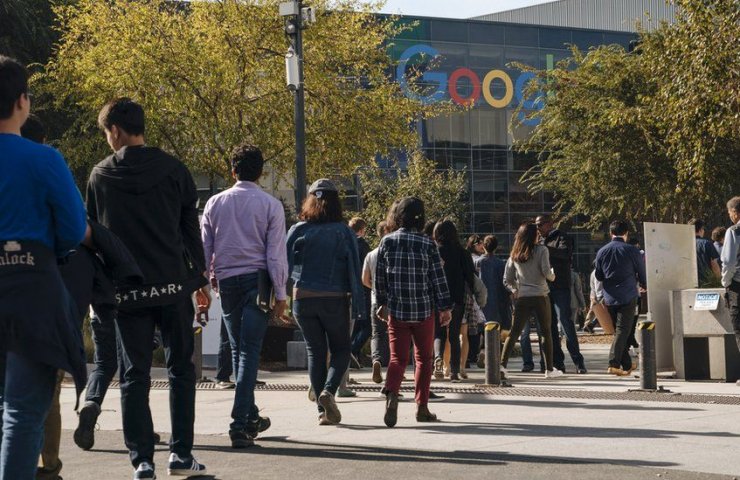 More than 200 Google Alphabet employees have taken steps to create a union, the first of its kind for an American tech giant and a rarity for Internet companies in general.

Google employees said the union will give them more room to voice concerns about discriminatory practices at the company and how it addresses issues such as online hate speech.

The move follows strikes and other staff actions in recent years and just weeks after Google fired a senior black AI and ethics researcher, sparking outrage.

The Labor Union Initiative was organized by Google Software Engineers and is open to all employees in the United States and Canada, including temporary workers and contractors.

All members of the new union will contribute about 1% of their wages.

“We want Alphabet to be a company where employees have a say in decisions that affect us and the society in which we live,” the organizers wrote on Twitter.

Recommended:
Ukraine reduced collection of scrap metal in 2020 by 8.6%
Russian off-road vehicle from LADA will again become "Niva"
Germany gave permission for the completion of Nord Stream 2 in January - May 2021
On this topic
Max Polyakov's Firefly Aerospace plans two launches of the Alpha space rocket in 2021
2021 will be the year of rapid development of private astronautics
Strategy of defense in space
Google taught robots to sort office waste
Los Angeles Times: a Perfect storm in the American market of steel
Investigation results: The crash of the Boeing 737 Max Lion Air was caused by a combination of 9
Add a comment
Сomments (0)
News Analytics
Interpipe Steel: green metallurgy in Ukraine turns 9 years old18-01-2021, 15:28
Ukrmetallurgprom clarifies data on iron and steel smelting in Ukraine for 202018-01-2021, 12:50
At least 12 living miners remain under the rubble of a mine blown up on January18-01-2021, 11:47
In the Republic of Tuva, a citizen of China died as a result of a collapse in a17-01-2021, 11:44
Lenovo remains the global leader in personal computer shipments in 202017-01-2021, 08:19
China will overtake the United States to become the world's largest economy in27-12-2020, 12:04
The shortage in the US steel market will last at least until the end of the25-12-2020, 11:36
Steel production in China to surpass one billion tons this year23-12-2020, 10:59
Iron ore prices hit seven-year high and continue to rise15-12-2020, 10:26
Prices for metallurgical raw materials continue to rise in regional markets10-12-2020, 11:32
Sign in with: