White House to meet with CEOs of General Motors and Alphabet amid chip shortages. 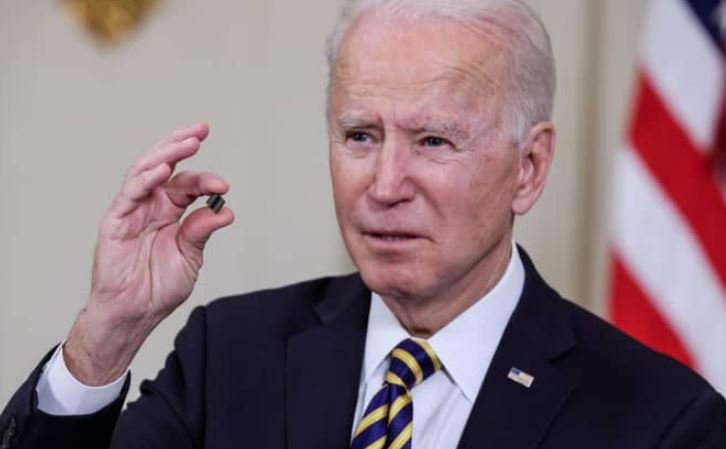 US tech executives, including Alphabet, AT&T, Intel and Google, will join executives from General Motors and Ford at a virtual White House summit on Monday, April 12 to discuss global semiconductor shortages. About this CNN reports , citing a statement by the White House administration, US National Security Adviser Jake Sullivan, National Economic Council director Brian Diz and the head of the US Department of Commerce Gina Raimondo.

The event will also be attended by heads of chip companies - TSMC, Micron and Samsung.

The summit comes as the Biden administration is embarking on a review of key U.S. supply chains, including supply chains for semiconductors, high-capacity batteries, medical supplies and rare earths. A shortage of computer chips is negatively affecting a range of industries, from electric vehicle manufacturers to medical products.

While the statements from the White House do not explicitly mention China, the directive is likely in large part an attempt by the administration to determine how much the US economy and military is dependent on a critical group of Chinese exports.

The meeting will also discuss US President Joe Biden's employment preservation program, which proposes to allocate $ 2.7 trillion over the next 10 years.

The shortage of microcircuits has already forced the largest car manufacturers stop production lines. Among the victims are such automakers as Volvo, VW, Daimler, Ford and General Motors.

By Research firm IHS Markit predicts that the chip shortage will cut global production by more than 670,000 vehicles in the first quarter. Fitch Solutions predicts that some form of a shortage of chips for cars may persist until early 2023, while other companies, such as Germany's Infineon, one of the largest manufacturers of such chips in the world, predict that the situation will normalize by the end of this year.

The global chip shortage for mid-range consumer goods is starting to decrease and the situation will be much better in the second half of the year, - reported the senior executive director of the Taiwanese company Acer Inc., the fifth largest supplier of personal computers in the world.

Recommended:
The structures of the Russian billionaire Mordashov blocked the payment of dividends at Turboatom
European Metallurgical Association Eurofer Seeks Restrictions on Scrap Metal Exports
AMCU requested the opinion of the companies on the obligations of Metinvest in case of obtaining indirect control over the DMK
On this topic
Hyundai Motor suspends production in South Korea due to chip shortage
Chip shortage for auto industry will rise sharply due to fire at factory in Japan
Chip shortage reduced Volkswagen car production by 100,000
Bosch launches automotive chip plant in Dresden
Trump's legacy - carmakers shut down factories over Chinese chip shortages
US to impose sanctions against Nord Stream 2 by the end of the year
Add a comment
Сomments (0)
News Analytics
Золото подорожало выше $1800 за унцию впервые с февраля06-05-2021, 18:41
The European Union approved the use of mealworms06-05-2021, 14:40
The mining and metallurgical complex of Ukraine requires more than $ 10 billion06-05-2021, 13:57
Rinat Akhmetov's fortune during the pandemic grew 2.7 times from 2.8 to 7.606-05-2021, 10:21
DTEK Oil & Gas drills a new high-rate well using 3D modeling06-05-2021, 10:13
The current state of the market is ideal for the sale of rolled steel - IREPAS04-05-2021, 18:41
Global hydrogen demand to grow 7-fold by 2070 - PwC21-04-2021, 12:31
World Steel Association predicts a good year for metallurgists15-04-2021, 18:19
World Steel Association defines green steel and its variations12-04-2021, 13:14
China unlikely to cut steel capacity in 2021 due to high steel prices07-04-2021, 12:11
Sign in with: