The closure of GM plants comes after US chipmaker Qualcomm said it was unable to fulfill orders from the auto industry. 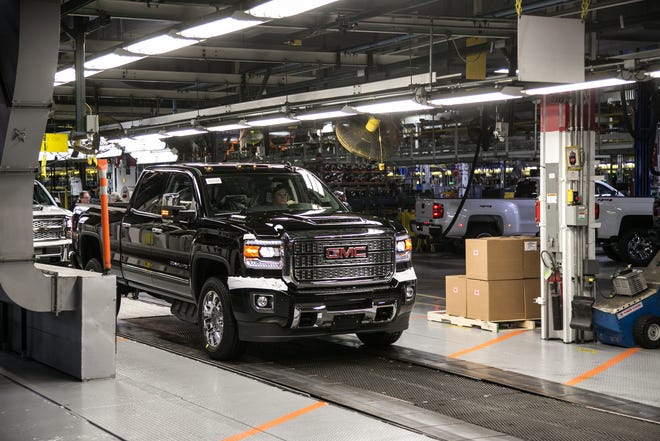 General Motors (GM) is the latest in a line of carmakers to experience the effects of the global semiconductor chip shortage, including as a result of politicians of former US President Donald Trump in relation to China. </p >

The automotive giant said it will completely halt production at three of its North American factories next week.

In addition, GM's South Korea plant will operate at half its capacity, the automaker said Wednesday.

GM does not disclose how much volume will be lost or which supplier will be affected by the chip shortage.

“Semiconductor supply for the global automotive industry remains highly volatile,” the company said in a statement.

The shortage has led to production cuts by several other automakers, including Volkswagen, Ford, Subaru, Toyota and Nissan.

Recommended:
Rinat Akhmetov's fortune during the pandemic grew 2.7 times from 2.8 to 7.6 billion dollars
Ukraine invited the French to invest in mining and exploration of minerals
The government of Ukraine allowed to "cheat" the prices of "premium" fuel without restrictions
On this topic
Employees of the Nissan plant in Barcelona lit candles on their jobs (Video)
Reuters: Nissan refuses to Fund the venture with Renault trying to cut costs
President trump repeated his last year's message on Twitter about Iran
Trump punishes Turkey for attack on Syria with 50% steel duties
General Motors and Volkswagen go all-in on electric vehicles
USA records record steel production
Add a comment
Сomments (0)
News Analytics
ArcelorMittal Temirtau will pay 10,000 tenge to all employees vaccinated18-05-2021, 13:35
Steel raw material prices are skyrocketing across the board18-05-2021, 12:34
Interpipe has mastered a new type of railway wheels for Deutsche Bahn passenger18-05-2021, 12:11
Ukraine at the beginning of 2021 increased foreign exchange earnings from the18-05-2021, 11:03
The National Police of Ukraine told about the searches at one of the18-05-2021, 11:51
Steel raw material prices are skyrocketing across the board18-05-2021, 12:34
The current state of the market is ideal for the sale of rolled steel - IREPAS04-05-2021, 18:41
Global hydrogen demand to grow 7-fold by 2070 - PwC21-04-2021, 12:31
World Steel Association predicts a good year for metallurgists15-04-2021, 18:19
World Steel Association defines green steel and its variations12-04-2021, 13:14
Sign in with: