Global Chip Shortage: Tesla May Start Its Own Chip Manufacturing

Its own factory will help the company overcome the consequences of the global chip shortage, but it will require significant financial investments, experts say. 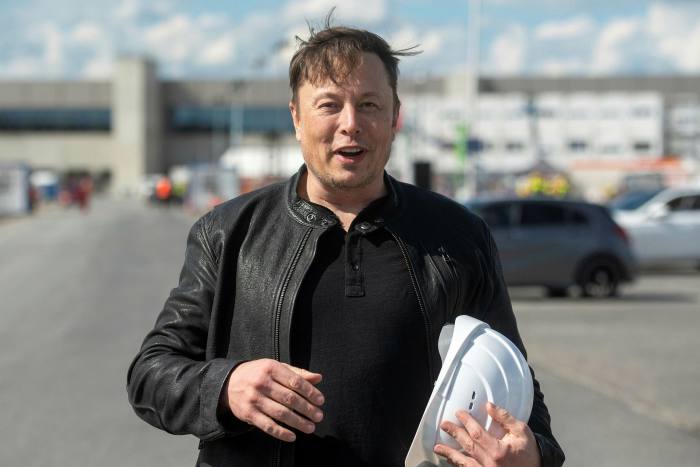 The American automaker is ready to advance purchases of chips and is considering launching its own chip production due to a global supply shortage, writes the Financial Times, citing sources familiar with the matter.

According to the sources of the publication, Elon Musk's company is discussing with industry operators in South Korea, the United States and Taiwan the purchase of chips on a prepaid basis in order to ensure themselves guaranteed supply of components in the future.

As the FT notes, Tesla needs the latest generation of chips to produce electric vehicles, which are mainly produced in Taiwan and South Korea, but getting them is becoming increasingly difficult amid the global chip shortage.

Buying your own factory will help overcome the shortage of components, but will require significant financial investments, experts warn. According to Velu Sinha, partner at the consulting firm Bain in Shanghai, many automakers thought about such a step, but, having seen the price of the factory, stood back in line with existing chip suppliers on the market.

A chip manufacturing plant using the latest technology can cost about $ 20 billion, and the owner can take a long time to get comfortable with running such a complex enterprise, FT notes.

However, Tesla already has a team of engineers developing semiconductors for autonomous driving systems installed in electric vehicles, and the company showed its interest in manufacturing components last year when it announced plans to produce its own batteries.

Финансовая аналитика, прогнозы цен на сталь, железную руду, уголь и другие сырьевые товары. More news and analytics on Metallurgprom telegram channel - subscribe to get up-to-date market information and price forecasts faster than others.
Сomments
Add a comment
Сomments (0)
On this topic
Korean auto makers will switch to hydrogen engines with help from Chinese steelmakers
Elon Musk contracted coronavirus, but doubts the reliability of the tests
Elon Musk sells all his possessions in order to "devote himself to Mars"
Mother Elon musk helped his son to sell the Tesla in the new year's eve
Elon Musk asks that arrested him only after the resumption of production in California
Elon Musk explained the rise in prices for Tesla by the increase in costs for rolled metal and
Recommended:
London Metal Exchange for the first time in history banned trading for ethical reasons
Donetsk and Torez electrotechnical plants will start producing electrical substations from Chuvash parts
Stopped Zaporizhzhya NPP will not resume operation until the shelling stops
News Analytics
The production of passenger cars in Russia decreased by 2.8 times in eight29-09-2022, 11:19
Donetsk and Torez electrotechnical plants will start producing electrical29-09-2022, 11:37
Ukrainian coking plants reduced gross coke production by 55.2%29-09-2022, 11:28
China ramps up investment in transport to bolster economy29-09-2022, 11:33
The heads of mining companies named the main risks for business29-09-2022, 10:03
China production cuts in winter will give limited boost to steel markets -15-09-2022, 10:09
Steel prices may rise as manufacturers stop production11-09-2022, 14:06
IREPAS: The global long products market is in a "dramatic situation"10-09-2022, 20:49
Steel prices are unlikely to rise significantly in the near future - analysts02-09-2022, 22:58
Steel prices may move up on new data from China31-08-2022, 12:19
Sign in with: