Growth in sales of cars assembled by Tesla in the third quarter exceeded analysts' expectations, who nevertheless expect the chip shortage to knock 40,000 vehicles out of the American manufacturer's annual shipments. 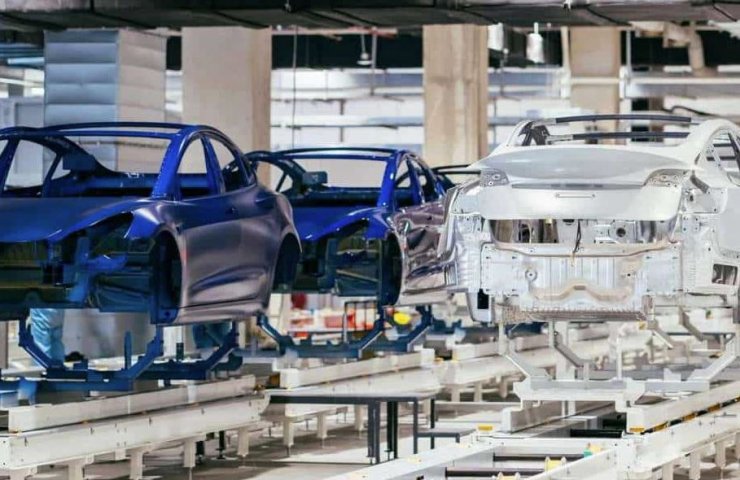 American automaker Tesla reported that in the third quarter of 2021, sales of electric vehicles amounted to over 241 thousand units worldwide, despite the global shortage of microchips. About this on Saturday writes Associated Press, noting that this is 14 thousand cars higher than analysts' expectations.

In total this year, Elon Musk's corporation has delivered about 627 thousand electric cars, which has already exceeded the last year's figure of 499 550 units.

Wedbush analyst Daniel Ives wrote in a note to investors that the pace of electric vehicle shipments in the US and China has been strong over the past month or so.

Still, Ives estimates the chip shortage will knock 40,000 vehicles out of Tesla's annual shipments. According to him, deliveries by the end of 2021 will amount to at least 865,000 electric vehicles, but no more than 900,000 units.

Финансовая аналитика, прогнозы цен на сталь, железную руду, уголь и другие сырьевые товары. More news and analytics on Metallurgprom telegram channel - subscribe to get up-to-date market information and price forecasts faster than others.
Сomments
Add a comment
Сomments (0)
On this topic
Is the German auto industry preparing for a collapse?
Tesla ends year with a profit for the first time in history, but investors are disappointed
Ford explained why soon all cars will be electric purely economic calculations
The Russian market of road construction and special equipment in January-March grew by 26.4%
Tesla reported an increase in the supply of electric vehicles by 23% in the fourth quarter
Microprocessor shortage will reduce global car production by 9 million units
Recommended:
ArcelorMittal Kryvyi Rih suspends production due to shelling of energy infrastructure
Russia will allocate more than $700 million for the production of domestic aircraft engines
EU extends anti-dumping duties on cold rolled steel from China and Russia
News Analytics
Предприятия Метинвеста в Украине возобновили работу после массированных29-11-2022, 11:59
The European Council added the violation of restrictive measures (sanctions) to28-11-2022, 14:22
The abolition of export duty in India may reduce the price of Turkish steel28-11-2022, 14:07
Australia and the UK aim to catch up and overtake China in the battery metal26-11-2022, 22:37
The United States imposed a ban on the import and sale of equipment from26-11-2022, 22:31
Commodity prices will fall, metals quotes will rise slightly - Focus Economics28-11-2022, 13:28
Platinum market to face shortage next year - WPIC22-11-2022, 18:25
Global steel demand falls and will fall by 2.3% in 2022: WorldSteel19-10-2022, 23:12
Iron ore prices fall to 11-month low15-10-2022, 10:36
China production cuts in winter will give limited boost to steel markets -15-09-2022, 10:09
Sign in with: