LADA Granta became the most popular passenger car brand according to the sales results in the AvtoVAZ group from January to August 2019. 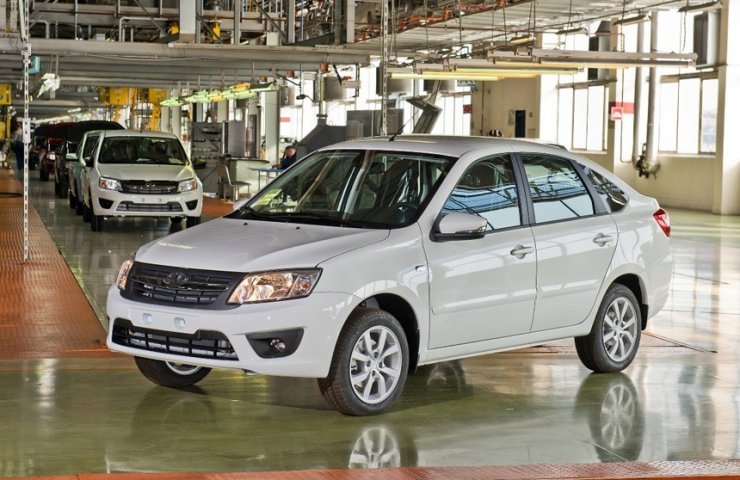 LADA Granta became the most popular car brand according to the sales results in the AvtoVAZ group from January to August 2019 - 85,766 cars of this family found their buyers, which is 42.4% more than last year. Moreover, in August 2019, 11,132 cars of the LADA Granta family were sold, which is a 59.5% increase as compared to August 2018.

LADA Vesta took the second line of the rating. According to the results of 8 months, 74,050 vehicles were sold. This is 10.3% higher than a year earlier.

The LADA Largus family is in the third place in popularity among LADA, from January to August, 27,826 passenger station wagons were sold. The last month was the most successful for commercial LADA Largus, 799 vans were sold (+ 5.3% versus August 2018).

The market share of LADA in the segment of passenger cars and light commercial vehicles for 8 months of 2019, according to AvtoVAZ Group's own assessment, is about 21%.

AVTOVAZ Group is a member of the Renault-Nissan-Mitsubishi Alliance and manufactures full-cycle cars and auto components for 4 brands: LADA, Renault, Nissan, Datsun. The Group's production facilities are located in Togliatti - AVTOVAZ JSC and in Izhevsk - LADA Izhevsk LLC.

The LADA brand is presented in the B, B +, SUV and LCV segments, which make up 5 model families: Vesta, XRAY, Largus, Granta and 4x4. The brand occupies 20% of the Russian passenger car market. The official dealer network of the Brand is the largest in Russia - about 300 dealerships.

Финансовая аналитика, прогнозы цен на сталь, железную руду, уголь и другие сырьевые товары. More news and analytics on Metallurgprom telegram channel - subscribe to get up-to-date market information and price forecasts faster than others.
Сomments
Add a comment
Сomments (0)
On this topic
LADA in half a year has increased sales of cars in Russia to 200 thousand units
LADA increased sales of new cars in February by 13.1%
LADA recorded a growth of car sales in January 2020
The group "AVTOVAZ" reduced sales of cars three times compared to last year
LADA has set an absolute record for the number of cars sold per month
AVTOVAZ reduced car sales by 32.6% due to a shortage of microcircuits
Recommended:
European steel price rise that began in January will be short-lived - MEPS
Prices for metal products in Ukraine increased by 26% last year
Sweden announced the discovery of Europe's largest deposit of rare earth metals
News Analytics
War in Ukraine to accelerate world economy transition to clean energy - BP30-01-2023, 11:49
ArcelorMittal invests $120m in US green steel company30-01-2023, 11:11
The United States refused to comply with the decision of the WTO on tariffs on29-01-2023, 20:08
China remains the world leader in shipbuilding with a 50% share of new shipyard29-01-2023, 12:35
Prices for metal products in Ukraine increased by 26% last year29-01-2023, 12:06
S&P: Russia will continue to dominate the steel export market in the Black05-01-2023, 11:22
Fitch Analysts Predict Big Drop in Global Steel Consumption This Year14-12-2022, 13:59
Analysts predict 5% annual growth in the iron casting market through 203006-12-2022, 12:44
Commodity prices will fall, metals quotes will rise slightly - Focus Economics28-11-2022, 13:28
Platinum market to face shortage next year - WPIC22-11-2022, 18:25
Sign in with: