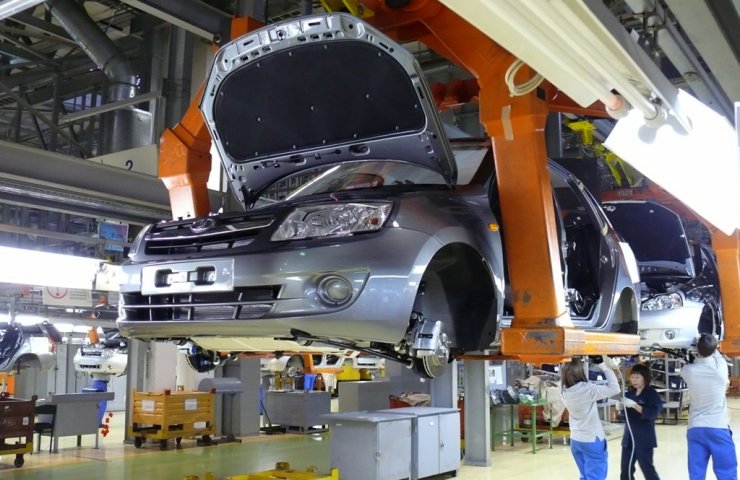 The top three sales leaders remain the same. The first place is taken by models of the LADA Granta family with a result of 12,756 vehicles (+ 8.9% compared to October 2019).

Models of the LADA Vesta family have shown significant growth for the second month in a row and, in terms of total sales volume, take the second place with 11 853 vehicles (+ 42.9% compared to the same period last year).

The third place is occupied by passenger and commercial versions of the Largus family, in October 4,779 such vehicles were sold (+ 2% compared to October last year).

“According to the results of October, we are pleased to note the positive dynamics of growth in sales and demand for cars. Of course, this became possible due to the continuation of the state and own LADA programs. We are also constantly working to increase the attractiveness of our models by updating the product offer from LADA. So in October we introduced the Vesta Cross sedan and SW in a new special edition [BLACK], which had an extremely positive impact on the sales of this family. At the end of the month, following the Vesta models, sales of XRAY Cross and 4х4 performed by [BLACK] started, ”said Olivier Morne, Executive Vice President for Sales and Marketing of AVTOVAZ JSC.

Финансовая аналитика, прогнозы цен на сталь, железную руду, уголь и другие сырьевые товары. More news and analytics on Metallurgprom telegram channel - subscribe to get up-to-date market information and price forecasts faster than others.
Сomments
Add a comment
Сomments (0)
On this topic
LADA in half a year has increased sales of cars in Russia to 200 thousand units
LADA Granta sales increased by one and a half times over the year
AVTOVAZ started production of a new LADA Niva Travel
LADA increased sales of new cars in February by 13.1%
AVTOVAZ began the production of SUV under the brand name LADA
AvtoVAZ raised prices for the fourth time since the beginning of the year due to the rise in prices
Recommended:
The United States imposed a ban on the import and sale of equipment from Huawei, ZTE and a number of other Chinese companies
JSPL steel mill manager stoned to death
Zaporizhstal summed up the results of production in October 2022
News Analytics
Metinvest enterprises in Ukraine resumed work after massive shelling of29-11-2022, 11:59
The European Council added the violation of restrictive measures (sanctions) to28-11-2022, 14:22
The abolition of export duty in India may reduce the price of Turkish steel28-11-2022, 14:07
Australia and the UK aim to catch up and overtake China in the battery metal26-11-2022, 22:37
The United States imposed a ban on the import and sale of equipment from26-11-2022, 22:31
Commodity prices will fall, metals quotes will rise slightly - Focus Economics28-11-2022, 13:28
Platinum market to face shortage next year - WPIC22-11-2022, 18:25
Global steel demand falls and will fall by 2.3% in 2022: WorldSteel19-10-2022, 23:12
Iron ore prices fall to 11-month low15-10-2022, 10:36
China production cuts in winter will give limited boost to steel markets -15-09-2022, 10:09
Sign in with: