The European Union has sharply increased purchases of Russian titanium

According to the statistical service of the European Union, in September, exports of Russian titanium to the EU increased by 39% to 578.7 tons. 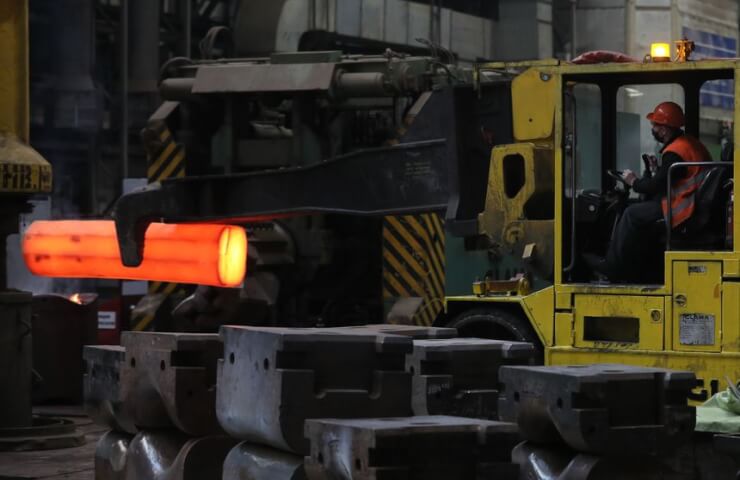 According to new data published by the statistical service of the European Union, in September 2022, the countries of the bloc imported 578.7 tons of Russian titanium and products from it, which is 39% more than in August and 13% more than a year ago .

Germany imported 306.8 tons of titanium from Russia, an increase of 11% compared to the previous month, and France – 128.5 tons, more than twice the level of purchases in August.

In total, in the first nine months of 2022, the EU imported 6,445.7 tons of titanium from Russia, which 39% more than in the same period in 2021. In monetary terms, deliveries of Russian titanium to Europe have increased by 76% since the beginning of the year.

Финансовая аналитика, прогнозы цен на сталь, железную руду, уголь и другие сырьевые товары. More news and analytics on Metallurgprom telegram channel - subscribe to get up-to-date market information and price forecasts faster than others.
Сomments
Add a comment
Сomments (0)
On this topic
World steel production in November decreased by the percentage
Escalation in Ukraine will radically change the metals and energy markets in Europe
European Union scrap collectors worried about possible export restrictions
German engineers began to produce aviation fuel from ordinary water
Prospects for the development of the economy and steel market in the EU in 2019-2020
The European Union has sharply restricted imports of hot-rolled steel from other countries
Recommended:
British Steel seeks financial support from the government to continue work
Ukrzaliznytsia announced the purchase of rails in France cheaper than in Metinvest before the war
British scientists have found a way to cut CO2 emissions from steel production by 90%
News Analytics
EU Green Deal should encourage investment in mild steel projects: Eurofer02-02-2023, 16:32
Belarusian steel plant to operate at full capacity from February02-02-2023, 16:56
British Steel considers cutting up to 1,200 jobs at Scunthorpe02-02-2023, 11:50
Electric vehicles will play a key role in US aluminum production growth - Norsk01-02-2023, 12:17
The former president of Motor Sich was accused of aiding terrorists01-02-2023, 11:39
European stainless steel producers ready to raise prices31-01-2023, 16:16
S&P: Russia will continue to dominate the steel export market in the Black05-01-2023, 11:22
Fitch Analysts Predict Big Drop in Global Steel Consumption This Year14-12-2022, 13:59
Analysts predict 5% annual growth in the iron casting market through 203006-12-2022, 12:44
Commodity prices will fall, metals quotes will rise slightly - Focus Economics28-11-2022, 13:28
Sign in with: