The European Union may restrict the export of scrap metal as part of the ongoing revision of the rules for the transport of waste. Metallurgists are in favor, scrap collectors are against. 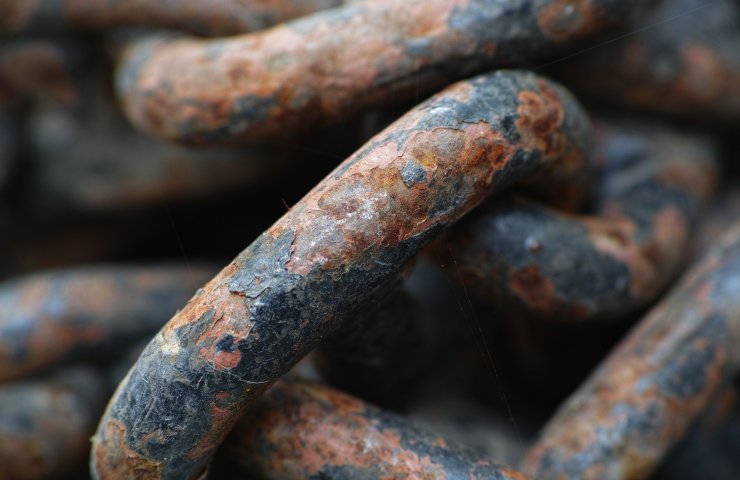 The EU should not impose a complete ban on the export of ferrous scrap from the block, according to a joint statement by the European associations for steel trade and recycling.

The European Commission began a review of EU waste transport rules in January and plans to complete it in the spring. The key objective of the review is to strengthen control over the transboundary movement of hazardous waste and reduce the global trade in such materials.

Hazardous and hard-to-recycle plastic waste will be included in the scope of the Basel Convention - an international environmental agreement for the transport of waste - from next year.

Ferrous scrap is classified as "waste" under EU law, so the EU may restrict its exports - a long-standing goal of the European steel industry.

But so far there is no clear indication that restrictions on the export of ferrous scrap will be recommended as a result of the audit, and the implementation can only take place one year after its completion.

The European Steel Association Eurofer states that restricting exports to countries with adequate environmental standards is preferable to a complete ban.

Eurofer views scrap steel as “a strategic resource as its use is important not only to complete the EU circular economy, but also to support the EU's CO2 reduction targets.

Most of the countries that consume ferrous scrap, which are less likely to comply with EU environmental standards, are located in South and Southeast Asia and Africa. The largest European exporter of most of these is the UK, which withdrew from the EU in January and will not be required to comply with any EU restrictions, unless that requirement becomes part of a trade deal currently under negotiation or the transitional exit period is extended beyond new Year. The UK accounted for 50-80% of EU exports to India, Pakistan, Bangladesh and Egypt in 2018.

The 27 EU member states excluding the UK exported over 15 million tonnes of ferrous scrap in 2018, including around 10 million tonnes to Turkey, the world's largest importer of scrap metal.

Other industry associations, including the Bureau of Recycling International (BIR), have previously expressed concerns that the EU will restrict the export of ferrous scrap.

Scrap collection may be outright banned in Europe

A ban on the export of ferrous metal scrap from the EU could hit recyclers and overall recycling rates.

Ukraine, for example, raised export duties on ferrous scrap to 52 euros per tonne in May 2018, and then to 58 euros per tonne in September 2018 in response to calls from producers to conserve scrap resources. Higher duties allowed limiting the outflow of scrap - Ukrainian exports fell to 32,374 tons in January-October this year, compared to more than 130,000 tons in the same period in 2017.

Higher export duties, which reduced competition for scrap, led to a drop in the cost of scrap in Ukraine. Prices for sea scrap in the region, measured according to the average monthly estimate of the Argus A3 fob Black Sea, in September amounted to $ 266.48 per tonne, which is about $ 55 per tonne higher than the domestic price of Ukraine.

The reduction in competition and the extent of the fall in scrap prices would probably be significantly greater in Europe if export bans or severe restrictions were imposed - the EU is the world's largest exporter of ferrous scrap, with a typical net outflow of over 10 million tonnes per year.

Visible shipments of ferrous scrap to Europe, including the UK, in January-June amounted to 48.1 million tons with consumption of 39.8 million tons, exports of 9.78 million tons and imports of 1.46 million tons - according to BIR and customs.

The EU is a large net exporter of ferrous scrap, but its surplus is unevenly distributed.

Export restrictions may benefit steel producers in southern Europe more than businesses in the north, because scrap that would have been exported could be redirected to scarce countries in the bloc, especially Spain and Italy.

Most of the reduction in collection is likely to come from northwest Europe - Germany, France, Belgium and the Netherlands - the main centers for the continent's ferrous scrap exports. These countries are also among the largest consumers of scrap metal in Europe: according to BIR, in 2017, Germany and France consumed

Финансовая аналитика, прогнозы цен на сталь, железную руду, уголь и другие сырьевые товары. More news and analytics on Metallurgprom telegram channel - subscribe to get up-to-date market information and price forecasts faster than others.
Сomments
Add a comment
Сomments (0)
On this topic
DTEK launched a cogeneration unit at its Stepnaya mine
US imposed export restrictions against Ukraine, Russia, Venezuela and China
The head of Volkswagen considered hydrogen technologies unpromising for the automotive industry
IREPAS: the steel market is at the bottom in a state of relative equilibrium
Belanto Trade accused Dmitry Firtash of tarnishing the company's image to eliminate a competitor
Tata Steel commented on reports of mass layoffs in Europe
Recommended:
Tesla sells off most of its bitcoin holdings
World steel prices have moved from a protracted fall to growth
Marcegaglia acquires Outokumpu Long Products
News Analytics
India prepares to lift export duties on steel09-08-2022, 08:34
Russian metallurgists will need more than 10 years to replace imports of key09-08-2022, 07:23
China reduced steel exports in July by one million tons or 12%08-08-2022, 17:41
World steel prices have moved from a protracted fall to growth08-08-2022, 16:27
Ferrexpo's net profit in the first half of the year decreased by 88%03-08-2022, 10:20
The US market may begin a collapse in prices for thick sheet14-07-2022, 09:39
High iron ore shortage could halt metallurgy's green transition28-06-2022, 14:02
Price volatility hits global steel market27-06-2022, 19:28
Recovery in China could be key to rising global steel prices - MEPS24-06-2022, 14:00
Conflict in Ukraine spurs Europe's drive for clean energy03-06-2022, 12:14
Sign in with: