The largest Russian steel mills simultaneously announced a reduction in steel production in the third quarter due to planned equipment repairs. 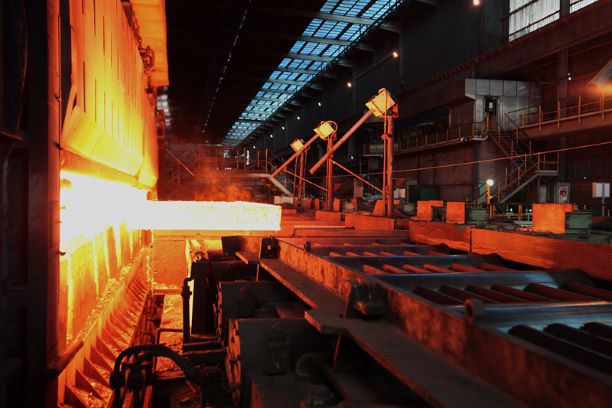 The Novolipetsk Iron and Steel Works (NLMK) Group in the third quarter reduced steel production by 6% compared to the second quarter, to 3.73 million tons, explaining this by the repair of blast furnace and converter production, as well as low demand for billets in export markets. In nine months, the decline accelerated to 9%, to 11.9 million tons.

Magnitogorsk Iron and Steel Works (MMK) in the third quarter increased steel production by 3.3%, to 3.19 million tons, but since the beginning of the year, production fell by 1.7%, to 9.39 million tons. The fall in the third quarter in MMK was explained by a seasonal slowdown in business activity coupled with a significant correction in world steel prices, which will put pressure on the indicators in the fourth quarter.

Severstal Group for the third quarter reduced steel production by 1%, to 3.03 million tons. The quarterly results were affected by the decrease in electric steel smelting after the sale of the long-range mill in Balakovo. Since the beginning of the year, steel production has not changed compared to the same period and amounted to 9.13 million tons.

Nevertheless, analysts expect a very successful year for Russian metallurgists, and 2020 -21. can become disruptive in terms of demand growth. This is due to the beginning of the implementation of state infrastructure projects that will increase the demand for steel in the Russian Federation by at least 3 million tons until 2021.

Severstal predicts an increase in domestic Russian demand for steel in 2019 by 4% against 0.7% last year and more than 3% in the future until 2023.

Recommended:
German Saarstahl agreed to acquire French metallurgical plants Liberty Steel
Merkel gave her word that Nord Stream 2 will not affect the transit of Russian gas through Ukraine
STEAM Camp educational project for teachers of exact sciences completed in Zaporozhye
On this topic
Steel consumption growth in India slows down
Maharashtra State Government Announces Construction of NLMK Plant in India
American companies raised prices for the second time in a month
Steel production at record levels. What's next?
NLMK takes a wait-and-see position in the US market
World steel production in 2018 increased by 4.6%
Partner news
Сomments
Add a comment
Сomments (0)
News Analytics
Ukroboronprom confirmed the intentions of Antonov State Enterprise to start25-07-2021, 11:15
Gazprom reacted to the refusal of Naftogaz of Ukraine to buy Russian gas with25-07-2021, 11:00
Iron ore has become a strategically important raw material for defense -24-07-2021, 11:06
Vietnam overtook Ukraine in the world ranking of steel-producing states24-07-2021, 11:38
Port "Yuzhny" has set a record for the speed of loading pig iron on a ship24-07-2021, 10:10
On the regional markets of metallurgical products, prices are balancing in a22-07-2021, 16:22
Demand for armaments will ensure a stable growth of armored steel sales by 4%20-07-2021, 10:10
Protectionist Measures Support European Steel Prices Despite Summer Lull19-07-2021, 11:02
Positive price growth is observed in the markets for metallurgical products16-07-2021, 14:12
European steel market is in confusion: price growth has slowed down, but no one21-06-2021, 17:40