In 2020, the largest metallurgical companies in Russia reduced steel production by 2.4%

In the second half of the year, production was supported by increased exports, and by the end of the year, overall global demand for metal increased, which pushed prices to multi-year highs. 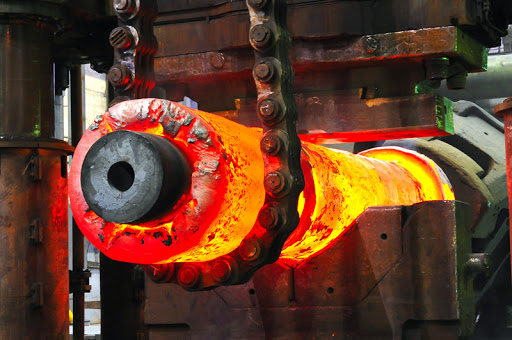 The largest metallurgical companies in Russia reduced steel production by 2.4%, or 1.5 million tons, by the end of 2020, follows from the company's reporting and calculations of Kommersant. In total, NLMK, MMK, Severstal, Evraz, Metalloinvest and Mechel smelted 60.8 million tonnes of steel against 62.3 million tonnes in 2019. Evraz of Alexander Abramov, Roman Abramovich and Alexander Frolov, NLMK Vladimir Lisin, MMK Viktor Rashnikov and Alexey Mordashov's Severstal have officially disclosed their production results.

Evraz reduced production by 1.3% to 13.6 million tons. Steel production at the holding's American assets decreased by 15.1%, which was caused by a drop in demand for oil and gas pipes due to a decrease in oil and gas prices during the pandemic. NLMK increased production by 1% to 15.8 million tonnes. MMK's smelting amounted to 11.6 million, which is 7.1% less than in 2019. The company attributed this to the planned reconstruction of the 2500 mill and the slowdown in business activity due to the pandemic. Severstal cut production by 4% to 11.3 million tonnes. Its performance is affected by the reduction in electric steel production due to the sale of a long-range mill in Balakovo.

Metalloinvest and Mechel have not yet reported on the results. Metalloinvest told Kommersant that steel production at enterprises by the end of 2020 increased by 2%, to almost 5 million tons, which became possible as a result of the completion in 2019 of the reconstruction of electric furnaces at Ural Steel. Mechel reduced production by 3% in the first nine months of 2020. If the company maintains its momentum, it will produce 3.5 million tonnes of steel by the end of the year.

NLMK reduced sales in home markets, which mean Russia, the EU and the United States, by 6%, to 10.7 million, due to a decrease in supplies to the US market and sales of long products in Russia. Export sales rose 17% to 6.8 million tonnes on the back of increased exports of pig iron and billets.

The share of Severstal's sales in the domestic market decreased by 5% to 60%. This is due to the weakening of demand in the domestic market in 2020, as well as the sale of the long-range plant in Balakovo, which was mainly focused on sales to Russian customers. Evraz reported an increase in exports of semi-finished products by 6.1%. This is due to an increase in the share of export sales of square and round billets in the product portfolio amid falling demand in Russia due to the COVID-19 pandemic.

Of the ten largest producers, China, Russia, Turkey and Iran managed to increase their output. China's growth amounted to 5.2%, to just over 1 billion tons, Turkey increased production by 6%, to 35.8 million tons, and Iran - by 13.4%, to 29 million tons. By the end of 2020, Russia became the fourth country in terms of production after China, India and Japan.

According to Ayrat Khalikov, executive director of the Gazprombank Center for Economic Forecasting, the main factor that allowed Russian metallurgists to overcome the crisis with minimal losses was the improvement in export opportunities starting from the second quarter. The expert notes that in the USA, China and the EU, due to quarantines, scrap collection has decreased. As a result, steel smelting decreased more than the demand for metal products. In these conditions, the countries began to increase imports, which allowed Russian metallurgists to redirect excess volumes to the world market.

Финансовая аналитика, прогнозы цен на сталь, железную руду, уголь и другие сырьевые товары. More news and analytics on Metallurgprom telegram channel - subscribe to get up-to-date market information and price forecasts faster than others.
Сomments
Add a comment
Сomments (0)
On this topic
Severstal believes that VTB Capital's forecast for the Russian market has become twice as high
World steel production in September fell by 0.3%
In Ukraine, the forecast drop in steel production by 7% in 2020
World steel production in 2018 increased by 4.6%
Russian steelmakers are predictable has reduced steel production in the second quarter against the
5 of the 10 most expensive aircraft belongs to the Russian metallurgists
Recommended:
Metinvest enterprises in Ukraine resumed work after massive shelling of infrastructure
Ukraine reduced the export of semi-finished products from carbon steel by 70.3%
Platinum market to face shortage next year - WPIC
News Analytics
China's iron ore output to rise in 2023 as new projects are launched30-11-2022, 18:10
"Centravis" agreed to supply a new batch of seamless pipes to a30-11-2022, 16:51
Metinvest enterprises in Ukraine resumed work after massive shelling of29-11-2022, 11:59
The European Council added the violation of restrictive measures (sanctions) to28-11-2022, 14:22
The abolition of export duty in India may reduce the price of Turkish steel28-11-2022, 14:07
Commodity prices will fall, metals quotes will rise slightly - Focus Economics28-11-2022, 13:28
Platinum market to face shortage next year - WPIC22-11-2022, 18:25
Global steel demand falls and will fall by 2.3% in 2022: WorldSteel19-10-2022, 23:12
Iron ore prices fall to 11-month low15-10-2022, 10:36
China production cuts in winter will give limited boost to steel markets -15-09-2022, 10:09
Sign in with: