Russian engineering and construction group MetProm will bring up to standard idle since Brezhnev metallurgical plant Ajaokuta Steel in Nigeria. 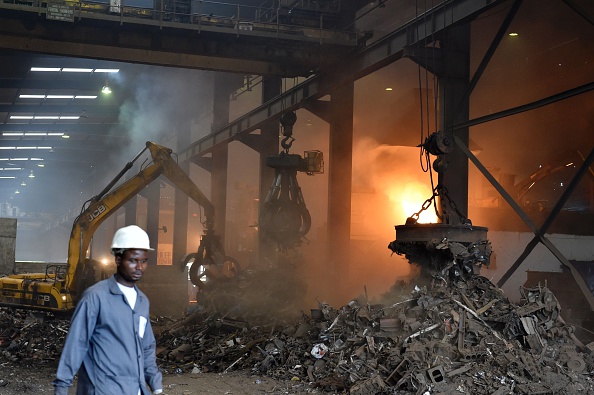 Russia may give new life to the largest steel plant in Nigeria after decades of inactivity. Construction Ajaokuta Steel Co. started in 1979 with the assistance of the then Soviet Union, but the factory and began to produce steel, although he had spent $ 8 billion of public money. Repeated attempts to revive the flagship project by transferring it to private investors was not successful.

As reported in Bloomberg< / span> with reference to the Minister for mining and metallurgy of Nigeria, Olamilekan Adegbite, Russian engineering and construction group MetProm will conduct the necessary work of putting the object into operation, with funding from the state JSC "Russian export centre" and the Cairo African export-import Bank.

Both governments intend to finalize a deal by January, after which it will require no more than two years for the completion of a blast furnace, said Adegbite.

"the Russian export centre and the African export-import Bank is considering the possibility of funding Ajaokuta," - said Moscow development Institute in response to the questions Bloomberg e-mail, refusing to further refinements.

to increase the steel production and mining operations was declared in the plans for diversification of the Nigerian economy, which refers to the increase in shares of MMC in the country's GDP to 3% by 2025. While Nigeria has considerable unused reserves of commodities, including iron ore, gold, lead and zinc there are no major industrial enterprises for the production of steel products and today the sector accounts for less than 1% of the GDP of Nigeria.

Финансовая аналитика, прогнозы цен на сталь, железную руду, уголь и другие сырьевые товары. More news and analytics on Metallurgprom telegram channel - subscribe to get up-to-date market information and price forecasts faster than others.
Сomments
Add a comment
Сomments (0)
On this topic
The Federal government of Nigeria is planning to ban the import of steel into the country
Chinese company gains unlimited access to minerals in Nigeria
Merkel will not be able to refuse to implement the project "Nord Stream 2" - Bloomberg
Procurement of scrap metal in Russia from-for coronavirus dropped four times
US State Department failed to propose new sanctions against Nord Stream 2 - Bloomberg
Oleg Deripaska said that Russia should make, not to be ashamed in front of Ukraine
Recommended:
The European Council added the violation of restrictive measures (sanctions) to the list of EU crimes
Mining enterprises of Ukraine reduced the export of iron ore by 38.9%
Platinum market to face shortage next year - WPIC
News Analytics
Chinese steel exports up 28.2% - customs data07-12-2022, 23:43
UK approves construction of new coal mine for the first time in 30 years07-12-2022, 23:29
Analysts predict 5% annual growth in the iron casting market through 203006-12-2022, 12:44
Oman to build a new steel plant worth $3 billion in 3 years06-12-2022, 12:14
Tesla's Shanghai gigafactory set a new record for electric vehicle shipments in05-12-2022, 15:24
Analysts predict 5% annual growth in the iron casting market through 203006-12-2022, 12:44
Commodity prices will fall, metals quotes will rise slightly - Focus Economics28-11-2022, 13:28
Platinum market to face shortage next year - WPIC22-11-2022, 18:25
Global steel demand falls and will fall by 2.3% in 2022: WorldSteel19-10-2022, 23:12
Iron ore prices fall to 11-month low15-10-2022, 10:36
Sign in with: