Norilsk Nickel increased its quarterly production of palladium and platinum

GMK "Norilsk Nickel" in January - September increased its output of palladium by 7.4%, platinum - by 7.8% 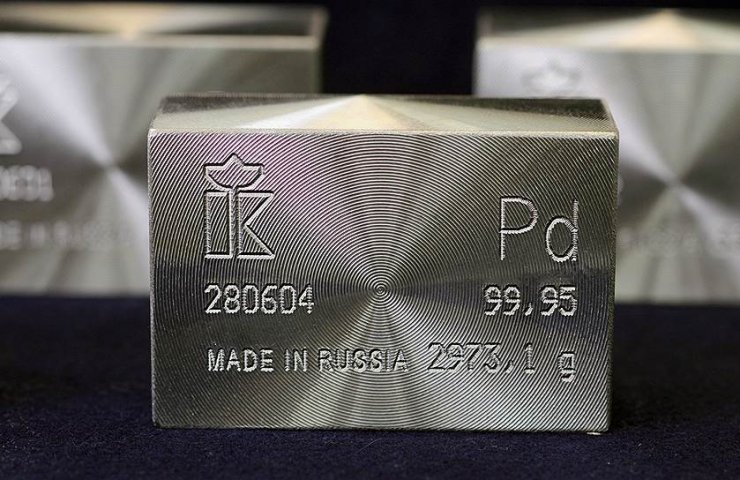 the world's Largest producer of Nickel and palladium MMC Norilsk Nickel in January-September 2019 increased palladium production by 7.44% compared to the same period last year — up to 2,253 million ounces (approximately 70.1 per tonne), platinum — by 7.8% to 553 thousand ounces (about 17.2 tons), said in a statement.

"the output of Nickel increased due to the increase in the supply of high-grade matte from the polar division and the phased release of the design capacity of the refinery production on the new technology chlorine leaching at Kola MMC, the growth of commodity output at Norilsk Nickel Harjavalta by increasing the supply of Russian raw materials and processing of raw materials to third parties. the Main increase in production of platinum group metals fell in the first quarter, when it was developed previously accumulated WIP for of OJSC"Krastsvetmet". Additionally, within nine months of growing the content of precious metals in the processed Russian raw materials to Norilsk Nickel Harjavalta. We fully confirm the forecast base metal production in 2019," — said the head of operations Sergey Dyachenko.

In Finland, the company "Norilsk Nickel", Norilsk Nickel Harjavalta in the third quarter of 2019, reduced the production of palladium and platinum (in copper cake) to 13 thousand ounces (-10% compared to the second quarter) and 3 thousand ounces (-28%), respectively. The decline related to the supply of a test batch of copper cake containing precious metals, in the polar division for further processing. For the first nine months of 2019 the production of palladium and platinum totaled 49 thousand ounces (+16% compared to 9 months of 2018) and 11 million ounces (+35%), respectively. Increase in release of metals in the reporting period due to the increase of precious metal content in the processed raw materials and Russian involvement in the processing of purchased raw materials.

Norilsk Nickel is a diversified mining and metallurgical company, the world's largest producer of Nickel and palladium and a leading producer of platinum, cobalt, copper and rhodium. Production units located in Russia in Norilsk industrial region, Kola Peninsula and in Finland and South Africa.