BELAZ is working on gasification of mining equipment for Russian companies

More than eight thousand kilometers separates the stand site of the Belarusian auto giant in Zhodino from the diamond treasures of the Mirny mining and processing plant. But it is at this oldest enterprise of ALROSA, founded in Yakutia in the middle of the last century, that a 45-ton dump truck BELAZ-75476 with a gas piston engine is being tested these days. 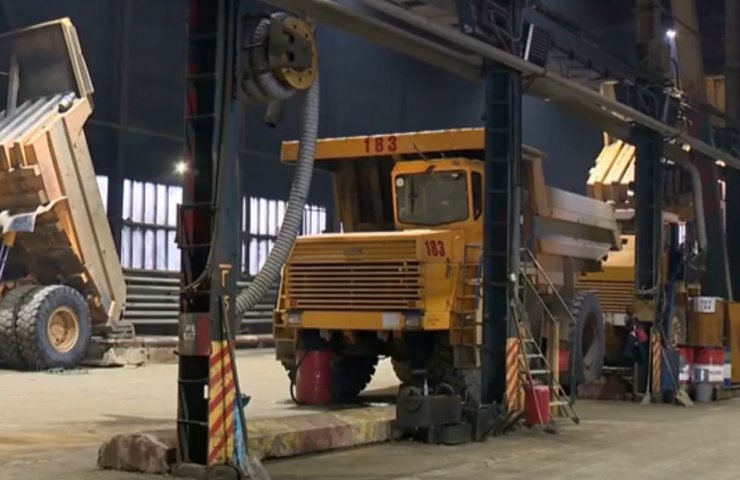 The company is working on the gasification of mining equipment for large companies of the Union State, the company explained. "The main thing is, of course, the performance of a mining dump truck, " emphasized Ruslan Sizonov, deputy executive director of AK "Alrosa ", but specifying that at the plant there is also the possibility of refueling at least ten similar dump trucks with gas. /p>

The fact is, said a company representative, that part of the mining reserves are located in remote areas, where diesel fuel can be delivered only during the navigation period. So we have to import it every year with a large supply. On the other hand, large deposits of natural gas are practically at hand, which are logical to use as fuel. Preliminary calculations prove that the cost of gas is several times lower than the cost of a diesel engine.

By the way, in the Murmansk region with the participation of the Belarusian automobile industry at the Eastern mine of the Kirov branch of "Apatite " a project is being implemented to transfer mining equipment to gas-diesel mode. A modular complex for refueling BELAZ dump trucks with liquefied gas is already expected here until the end of autumn. It will be delivered by tankers and stored in the tank of the complex. And two Belarusian dump trucks have already been reequipped for LNG refueling, which are to undergo pilot tests.

Финансовая аналитика, прогнозы цен на сталь, железную руду, уголь и другие сырьевые товары. More news and analytics on Metallurgprom telegram channel - subscribe to get up-to-date market information and price forecasts faster than others.
Сomments
Add a comment
Сomments (0)
On this topic
Volvo to offer customers a full range of electric trucks in 2021
Japanese companies to complete development of hydrogen engines for ocean-going ships by 2025
Employees of the Nissan plant in Barcelona lit candles on their jobs (Video)
Korean auto makers will switch to hydrogen engines with help from Chinese steelmakers
The US state Department gave the contractors the "Nord stream — 2" a month to stop work
Russian diamonds was successfully sold in the USA
Recommended:
ArcelorMittal invests $25 million in nuclear technology development
Volvo starts deliveries of electric trucks made of fossil-free steel
Dneprovsky Metallurgical Plant received almost UAH 2 billion in net profit last year
News Analytics
China's iron ore output to rise in 2023 as new projects are launched30-11-2022, 18:10
"Centravis" agreed to supply a new batch of seamless pipes to a30-11-2022, 16:51
Metinvest enterprises in Ukraine resumed work after massive shelling of29-11-2022, 11:59
The European Council added the violation of restrictive measures (sanctions) to28-11-2022, 14:22
The abolition of export duty in India may reduce the price of Turkish steel28-11-2022, 14:07
Commodity prices will fall, metals quotes will rise slightly - Focus Economics28-11-2022, 13:28
Platinum market to face shortage next year - WPIC22-11-2022, 18:25
Global steel demand falls and will fall by 2.3% in 2022: WorldSteel19-10-2022, 23:12
Iron ore prices fall to 11-month low15-10-2022, 10:36
China production cuts in winter will give limited boost to steel markets -15-09-2022, 10:09
Sign in with: