According to the documents, one of the modifications of the electric bike will be intended for police officers. 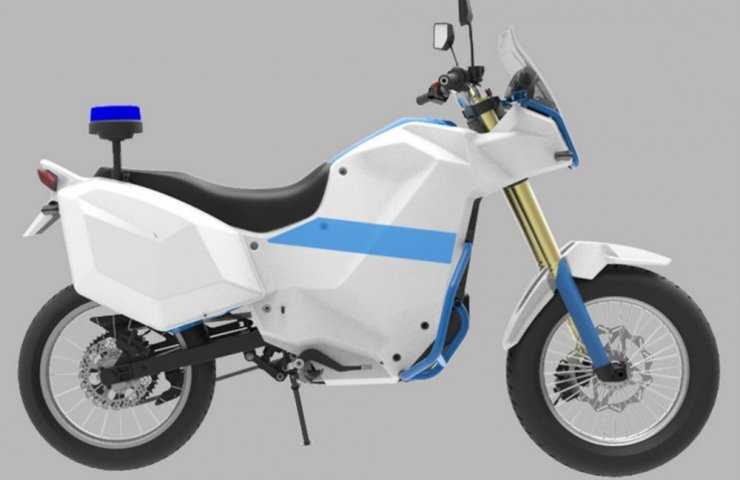 The military concern "Kalashnikov" issued security documents for two models of its electric motorcycles - "Izh Pulsar" in police modification and "Izh Pulsar urban" in consumer version. The corresponding patents are published in the open database of Rospatent.

Both modifications of the motorcycle are equipped with an electric motor of the Chinese company Golden Motor. The power of the unit is 20 horsepower. Customers will be offered various options for rechargeable batteries. Depending on this, the power reserve of an electric bike can vary from 50 to 250 xylometers.

Concern "Kalashnikov" was created in 2013 on the basis of the scientific and production association "Izhmash ". Izhmash also included the Izhmoto plant, which produced motorcycles from 1929 to 2008. The motor plant stopped working for an objective reason - because of zero demand. Kalashnikov revived the production of motor vehicles, primarily under the state order.

Recommended:
MMK them. Ilyich purchased electricity from Energoatom for 26 million hryvnia
Australian metallurgists have decided to postpone the transition to hydrogen technology for 20 years
Metinvest will not announce plans to achieve carbon neutrality yet
On this topic
Korean auto makers will switch to hydrogen engines with help from Chinese steelmakers
Russian official resigned from the government and bought the Kalashnikov arms concern
Polymetal Receives First Green Loan Under New Green Finance Policy
Pre-order the new Tesla pickup Cybertruck made about 146 000 customers – Elon Musk
Russian military exports not affected by the sanctions - Rostec CEO
KIA partners with Hyundai to create low-cost electric vehicle for India
Add a comment
Сomments (0)
News Analytics
Metinvest will gain control over the largest producer of coking coal in Ukraine04-03-2021, 19:26
Ukrainian business sees great opportunities in expanding China's openness -04-03-2021, 19:08
The fall in the price of nickel by more than 8% was the sharpest in 4 years04-03-2021, 18:25
At the Yaroslavsky metallurgical plant in the Dnieper began to pay for new04-03-2021, 14:39
Novokramatorsk Machine Building Plant strengthens its position in the national04-03-2021, 14:44
Spread between raw materials and high strength alloy steel in Europe increased01-03-2021, 20:21
Increase in prices is forecasted in the markets of steel raw materials -26-02-2021, 09:25
Troy ounce of gold will drop $ 500 in two years - Fitch25-02-2021, 18:29
Global iron ore production growth to outstrip cumulative production in India23-02-2021, 10:22
Fitch Ratings Warns of “Shocking Impact” on Fossil Fuel Exporters18-02-2021, 14:44
Sign in with: