This will be Russia's first experience in building LNG tankers, which were previously only built abroad. 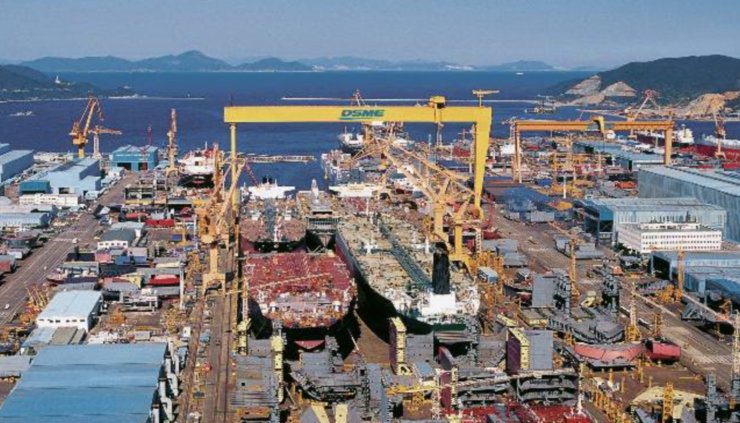 In 2023, Daewoo Shipbuilding & Marine Engineering (DSME, South Korea) plans to put into operation six Arc7 ice-class LNG carriers intended for the Russian Arctic LNG 2 project in 2023. Three of these tankers were ordered by the Russian state shipping company Sovcomflot, and the other three ships were ordered by the Japanese ship owner Mitsui OSK Lines.

In addition to these six tankers, 15 tankers have already been ordered for the Arctic LNG 2 project, which will be built by the new Russian shipyard Zvezda. Five of these 15 tankers are scheduled to enter service in March-December 2023

The fact that DSME received new orders for the construction of six gas carriers became known in mid-October, but the ship's customers were not disclosed then. On Wednesday, Sovcomflot and Mitsui confirmed that they are the customers of these tankers and that they are intended for the Arctic LNG 2 project. The shipowners have already signed agreements for the long-term chartering of these vessels with Arctic LNG 2.

Of these six tankers, three DSME vessels are to be commissioned in July 2023, and three more in December of the same year.

The construction of the Arctic LNG 2 plant for the production of liquefied natural gas is being carried out by an international consortium led by Novatek. DSME has previously built 15 Arc7 tankers for the Yamal LNG plant, the first line of which Novatek and its foreign partners put into operation at the end of 2016 and whose capacity has been gradually increasing since then.

Gas carriers for Arctic LNG 2, which DSME plans to build, will have approximately the same cargo capacity as tankers for Yamal LNG - 172.41 thousand cubic meters of LNG, compared to 172.6 thousand cubic meters. But the new tankers will be equipped with a more powerful engine (three Azipod propellers with a total capacity of 51 MW). Thanks to this, the new gas carriers will be able to develop higher speeds and become more maneuverable in ice conditions, Sovcomflot said on Wednesday.

Like the vessels of the previous series built on DSME, the new tankers for Arctic LNG 2 will have ice class Arc7, which means that they will be able to independently overcome ice up to 2.1 m thick.

Novatek's share in the Arctic LNG 2 project is 60%, and the Japanese investors consortium Japan Arctic LNG, created by Mitsui and Jogmec, owns a 10% share. The rest of the project shares are distributed between Total and Chinese companies CNPC and CNOOC (10% for each investor).

The Arctic LNG 2 enterprise with a capacity of 19.8 million tons /year is being built on the Gydan Peninsula (Yamalo-Nenets Autonomous District). The plant will consist of three production lines for liquefied natural gas with a capacity of 6.6 million tons per year each. According to the previously announced plans of Novatek, the commissioning of the first stage of the LNG plant is expected in the third quarter of 2023, the second - in 2024, and the third - in early 2026

In June 2019, Novatek's management announced that 15-17 Arc7 class tankers would be enough to export the products of the future Arctic LNG 2 plant. The agreements with Zvezda on the construction of a fleet for this project were still of a framework nature. The contract for the construction of a pilot gas carrier for Arctic LNG 2 at this shipyard was signed in November 2019, four more tankers - in winter 2020 and 10 tankers - in September. Zvezda will build this fleet according to the technical specifications of the South Korean Samsung Heavy Industries, which will transfer the rights to the design documentation of the tankers to the Russian shipyard.

This will be Russia's first experience in building LNG carriers, which were previously built only abroad. At the same time, at the end of January, Novatek's deputy chairman of the board, Mark Gitway, reported that the gas company still has a permit from the Russian government to build up to 10 tankers for Arctic LNG 2 at foreign shipyards, so that the increase in the number of the fleet proceeds at the same pace as development of LNG plant capacities.

If all tankers are built on time, then during 2023 Arctic LNG 2 will receive 11 tankers - six from DSME shipyard and five from Zvezda. In this case, the project will be provided with a sufficient or even surplus fleet at the initial stage of the plant's operation, while in the first years of Yamal LNG operation, there was a certain gap between the arrival of new tankers and the expansion of the company's production capacity.

The customer for the pilot LNG tanker at Zvezda is Sovcomflot, and the remaining 14 tankers of the series are Smart LNG, a joint venture between Sovcomflot and Novatek. After the delivery of the first five tankers in 2023, Zvezda will have to hand over five more vessels to the customer in September-December 2024 and the remaining five in September-December 2025