European steel market is in confusion: price growth has slowed down, but no one expects a fall either

In early June, the dynamics of steel coil prices in Europe became unclear. Growth rates have slowed down. The automotive industry has cut steel production and purchases due to a shortage of semiconductors. 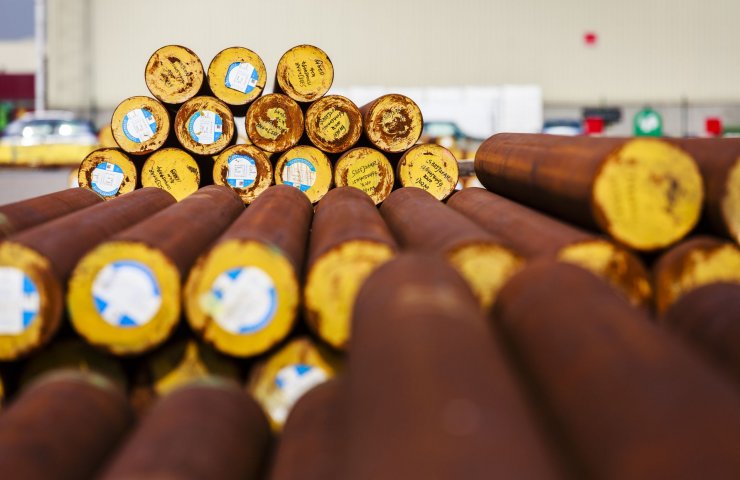 As a result of an extended period of almost weekly growth, hot rolled steel prices in Europe have reached an all-time high. However, the growth rate slowed down at the beginning of the month. In addition, free volumes appeared on the market, albeit in small quantities, against the backdrop of placing bids for delivery in November. For many, this opens up the prospect of obtaining metal products shortly before the end of the financial year.

Despite a pause in growth in early June, in most Western European markets, compared to the previous month, prices for hot rolled coils increased by more than € 100 per tonne. Cold-rolled and coated products demonstrated similar growth. There are still very few of them. Market participants cite the lingering uncertainty around the Liberty Steel Group as the main factor. Political decisions also cast doubt on the future of the Acciaierie d 'Italia in Taranto.

Delivery times for long items also take longer than usual. The rebar factories claim to have full order books for two months. By comparison, the typical shipment time was recently between one and two weeks. Summer maintenance and extended vacations mean the next offers will be in September.

In the middle of the month, the first official statements on protective measures were made. The European Commission recommends extending the measures for another three years, increasing quotas by three percent annually. Initial optimism of steel buyers about import restrictions has disappeared. Consumers and service centers are extremely disappointed.

Steel mills are likely to maintain their pricing policy during the summer. Holidays and maintenance closings can be used to control the release. Lack of materials, poor transport accessibility and high production costs will put more pressure on price increases. No short-term decline is foreseen yet.

The introduction of vaccination will release the deferred demand. This will be supported by plans by national governments to recover from the coronavirus. On the other hand, current prices may lead to the cancellation or postponement of many projects. Scarcity and high cost are noted for all building materials, not just steel.

Limited lines of credit are highlighted as high business risk. The existing limits cover only half of the volume of steel compared to last year. In the near future, companies will have to start paying off government loans. Western European distributors fear a wave of bankruptcies.

In June, export prices for Russian steel began to decline after an almost six-month rally. So far, this trend does not affect all types of products, but metal traders in the domestic market have already begun to rewrite price tags. If the trend strengthens, it could ease tensions between the government and steel companies over rising metal prices. Analysts believe that the current price decline may be caused by attempts by the Chinese authorities to cool the market, but note that demand in Europe and the United States continues to grow.