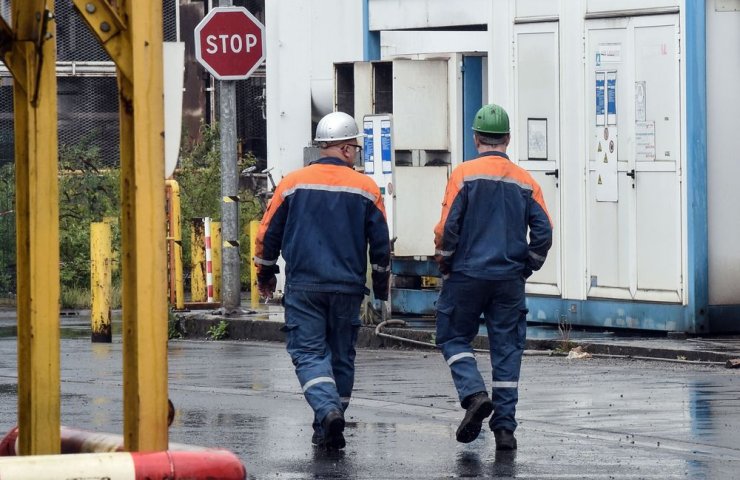 UK government business secretary Kwasi Quarteng and other senior officials have been holding intense discussions and contingency plans in recent days in case the government needs to intervene to save Sanjiv Gupta's Liberty Steel empire from collapse, amid fears that thousands of jobs in a critical industry will be at risk. About this reported Bloomberg.

The publication reports that it is considering, among other things, a plan in which the government will manage the company at the expense of public funds while looking for a potential buyer for the assets. At the same time, no decisions have been made yet, the company remains solvent and has not asked for any specific help.

One of the reasons ministers want Liberty to continue to operate is to avoid stopping the steelmaking furnaces, as restarting them is a long and costly process.

The future of Liberty Steel was questioned after the start of bankruptcy proceedings Greensill Capital, the largest lender to Gupta's GFG Alliance, of which Liberty is a part. GFG employs approximately 5,500 people in more than 30 sites in the UK, including nearly 3,000 at Liberty Steel.

Ministers clearly understand that it may be necessary to channel public funds to ensure the security of the company, which is strategically and politically important to the government of Boris Johnson. In 2019, the UK government stepped in to bolster British Steel with £ 600 million in public funds. The Financial Times previously reported that ministers are considering repeating this policy with Liberty.

UK Shadow Business Minister Ed Miliband said this week that the government should consider all possible ways to save the steel mill, including possible nationalization .

British unions call on the government to provide British Liberty Steel employees with the same guarantees as the French the government provided workers in the French factories of the GFG. French Finance Minister Bruno Le Maire said last week that the government is ready to help if needed.

Hundreds of workers at two of Liberty Steel's 11 UK plants - Rotherham and Stokesbridge - were Sent on Vacation last week, resulting in 80% of their payroll under the government's job retention scheme during the pandemic.

The British aerospace industry is concerned about the potential impact of any difficulties that could affect Liberty, one of its specialized suppliers. Rolls-Royce Holdings Plc said this month that it is exploring alternative long-term options in case it needs to buy steel from other suppliers.

Recommended:
Workers of uranium mining mines in Ukraine are preparing new protests
In the first quarter of 2021, Ukraine reduced steel production and increased pig iron production
Interpipe expands the supply of railroad metal products to the North American region
On this topic
Liberty Steel changes its mind about buying Hungarian steel mill Dunaferr
ThyssenKrupp refused to sell its steel mills to British Liberty Steel
Liberty Steel will submit a firm bid today for ThyssenKrupp Steel Europe
British LIBERTY Steel restarts a metallurgical plant in Poland
Sanjiv Gupta one of these days will find out all the financial secrets of the largest German steel
Liberty Steel cuts steel production in the Czech Republic by 20 percent
Add a comment
Сomments (0)
News Analytics
The capacity of the domestic steel market in Ukraine in January-March decreased19-04-2021, 10:33
In Russia, there is an exuberant demand for agricultural machinery19-04-2021, 10:24
Iran is satisfied with the reaction of the world community to 60% enrichment of18-04-2021, 13:24
Gas prices in Ukraine have reached a record value over the past two years -16-04-2021, 17:24
Ukrmetallurgprom asks the Antimonopoly Committee to allow Metinvest to bid for16-04-2021, 17:23
World Steel Association predicts a good year for metallurgists15-04-2021, 18:19
World Steel Association defines green steel and its variations12-04-2021, 13:14
China unlikely to cut steel capacity in 2021 due to high steel prices07-04-2021, 12:11
Scrap metal market at the beginning of April02-04-2021, 11:10
Rising Chinese Prices Fueled Rising Global Steel Prices - MEPS25-03-2021, 18:54
Sign in with: