The former President of Bolivia, Evo Morales, accused of crimes against humanity

the Interim government of Bolivia will submit to the Hague court's statement about the crimes against humanity of the former President of the country Evo Morales. 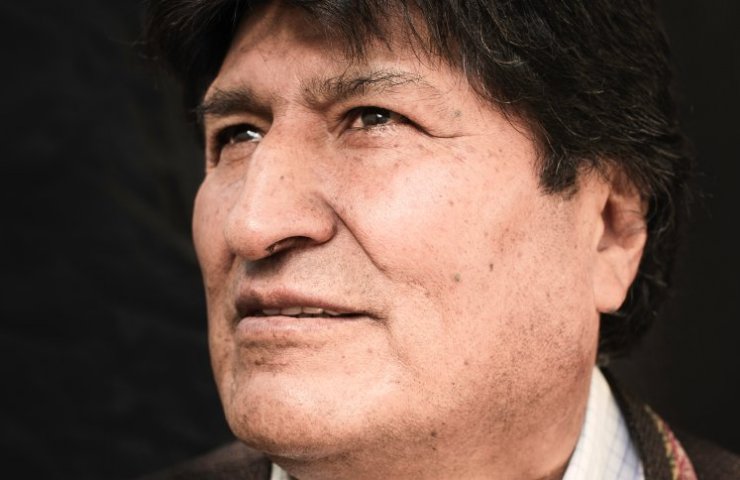 the Interim government of Bolivia will be served in the Hague a lawsuit against the former President Evo Morales for "crimes against humanity", said the Minister of internal Affairs on Friday.

the Government will file a lawsuit "in the coming days", said Minister Arturo Murillo in an interview with state radio Patria Nueva.

international criminal court in the Hague, has jurisdiction to prosecute individuals for crimes against humanity.

Murillo last week filed a criminal complaint in Bolivia, accusing Morales of inciting to rebellion and terrorism after he allegedly called on supporters to block the city and cut off the supply of fuel and food.

"He must answer to justice for what he has done and is doing, in addition to their associates that participated in the tragic events that occurred in Bolivia," said Murillo.

If Morales - who fled to Mexico after the resignation on 10 November was indicted and he was convicted in the Bolivian court, he faces a maximum sentence of 30 years imprisonment.

Morales, in turn, accused the interim government of "genocide" after the death of 32 people, mostly his supporters in the violence after the election.

Morales denied the offences and said that he was persecuted because he was led by the government in the interests of the poor, indigenous people and nationalized the production of gas and lithium.

Meanwhile, Murillo expressed concern about the presence in the country of the Argentine human rights group.

"We recommend that the foreigners who come... to be careful," said Murillo. "We are watching you," he said in a radio interview. "No tolerance for terrorism, insurrection or armed movements. Zero tolerance", he said.

"Although the de facto government accuses us that we are terrorists, we began what we came to get evidence of various violations of human rights that suffer the Bolivian people".

Recommended:
Ukrposhta sells non-core assets: recreation and baths
Mining companies in Peru plan to resume work in the coming days
German manufacturer of zinc self-destructed in pandemic coronavirus
On this topic
Lithium could be the main reason for the overthrow of Evo Morales
Confederation of free trade unions of Ukraine supported the protests in Chile
Morales fled to Mexico
Working the world's largest copper mine joined the protests in Chile
Бразилия продолжит расследование катастрофы плотины Vale до начала 2020 года
США и Бразилия могут стать партнерами в создании небольших ядерных реакторов
Add a comment
Сomments (0)
News Analytics
USA to investigate the imports of mobile cranes, regardless of country of origin28-05-2020, 11:22
Производство и потребление металлопроката в Украине за 4 месяца 2020 г.28-05-2020, 11:37
Boeing возобновил производство 737 MAX на заводе компании в Рентоне28-05-2020, 09:27
The European Commission unveiled a plan for economic recovery after the pandemic27-05-2020, 17:45
In the first quarter, Ukraine paid for the import of vehicles by almost a27-05-2020, 13:26
American steelmakers are faced with an unexpected problem associated with the14-05-2020, 09:09
Relying on the incentives, Chinese steelmakers increase production30-04-2020, 10:20
The rapid recovery of the steel market in China leads to a drop in iron ore22-04-2020, 13:11
Platts: steel Market of China will not be able to recover until the second half20-04-2020, 12:25
Express analysis of the steel market in the new economic environment: companies06-04-2020, 12:51