Chilean elections could affect a third of the world's copper supply 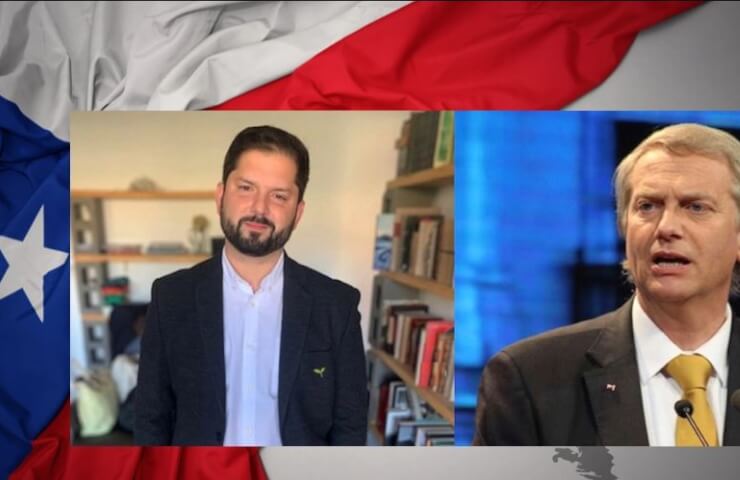 Elections in Chile, the world's largest copper producer with the largest known lithium reserves, will be the first since months of violent inequality protests rocked the country in late 2019.

The Chilean nation is in the process of drafting a new constitution that will replace the one that was approved during the military regime of dictator Augusto Pinochet, who is considered the main reason for the extreme socio-economic realities that have divided nations for decades.

In addition to the general feeling of insecurity, current President Sebastian Piñera (who is not allowed by Chile to run for a second consecutive term) has just survived impeachment.

Until recently, it seemed likely that Chile would elect a new president who shares the goals of the protesters. Gabriel Boric, a 35-year-old former student leader who is an ally of the Communist Party, has been a favorite for months. He focused his campaign on the promises of an egalitarian, feminist and ecological Chile.

When it comes to mining, the 35-year-old candidate is leaning towards a more active government role in the sector, as well as higher taxes.

The second candidate, ultra-conservative Jose Antonio Cast, a 55-year-old Catholic lawyer and father of nine, spoke instead about additional private investment in state-owned copper giant Codelco, as well as changes to property laws in the mining industry. Praising the "economic legacy" of former dictator Pinochet, Cast, often compared to Brazilian President Jair Bolsonaro or former US President Donald Trump, has pledged measures to increase foreign investment in the sector.

Both candidates advocate diversifying the country's mining industry with metals other than copper and molybdenum, increasing resilience and reducing emissions.

Chile produced a third of the world's copper last year in the form of concentrates, anodes and cathodes. Chile is a major lithium producer with large reserves of zinc, molybdenum, gold, silver and lead.

Sunday's election results will decide the fate of a controversial tax reform bill that could threaten a quarter of Chile's copper production.

Under the proposed change, the "royalty rate" - the amount charged by the government - will be based on output, not profits, and could rise to 75% when the price of copper surpasses $ 4 a pound.

About 14 large copper mines in the country have production costs in excess of $ 2.50 per pound. With royalty, many may be forced to close when prices fall again.

“Many low-productivity factories will be taken out of action, leading to job losses,” said Manuel Viera, president of the Chilean Chamber of Mines in May.

The full impact of the new tax will not be felt immediately. According to the Chilean Mountain Council, most private mines are subject to tax immutability agreements signed with the Chilean state until 2023.

Diego Hernandez, president of the National Mining Society (Sonami), which represents companies in the industry, said Sunday's election results could lead to an "investment drought." This will delay the availability of new copper and lithium to meet the expected increase in demand, he said.

The government predicts that by the end of the decade, investments in the mining industry will amount to about $ 70 billion, mostly from private companies.

It is estimated that Chile will need a $ 150 billion investment to reach its goal of nearly doubling copper production by 2050.

Copper is considered to be a conduit for the country's economic growth due to the central role of metal in construction, electrical installations and electronic goods. It is also considered a key metal in the ongoing global transition to a green economy.

BHP, the world's largest mining company, estimates that the world will need almost double the copper over the next 30 years.

Mining companies and investors will be keeping a close eye on upcoming events in Chile. The results of Sunday's presidential and congressional elections, the future of the royalty bill, and the rewriting of the constitution are critical to the future of foreign investment in the country and the availability of critical metals.