Mexico is in fourth place in the world in deaths from the coronavirus that has claimed the lives working for the largest steel company in the world employees. 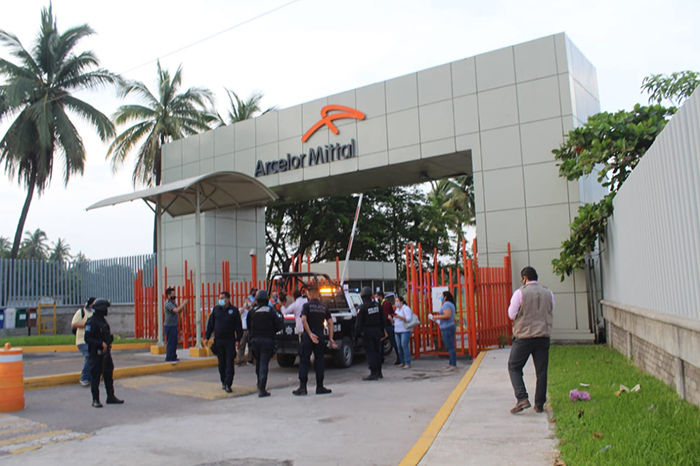 According to Carlos Solorio, General Secretary of the local branch of trade Union of workers of mining and metallurgical industry, the death toll includes as staff members and worked for the company contractors and suppliers.

"All worked for the company ... Nine of the dead were members of a trade Union," he said Solorio to Reuters.

the Agency failed to get comments in ArcelorMittal.

According to the Union, April 21 registered fatal cases, and the workers probably contracted the virus outside of the plant, due to strict sanitary protocols adopted by the company.

With more than 385 000 confirmed cases and nearly 43 500 deaths as of Saturday, Mexico ranks fourth in the world in number of deaths from the coronavirus. According to official data, today in Lazaro Cardenas was 2 651 cases of infections and 139 deaths.

the Company Lakshmi Mittal in Mexico is facing in recent times with the problems in relations with local authorities. Due to the fact that the company supposedly had no municipal license to operate the equipment, and also due to issues on payment of taxes to property, plant ArcelorMittal in Lazaro Cardenas on Friday was partially blocked by law enforcement. However, the company indicates that it fulfils its obligations in addition to the fact that the municipal authorities are ignoring the amparo (protection of constitutional rights) granted to the Federal judge, against any attempts to force the closure of the company.

Recommended:
US Steel will not restart blast furnaces in Indiana until the end of this year
For the first time since the start of the pandemic in the United States began to increase the number of oil rigs
The Metinvest has stated that it will save $ 2 million on upgrading staff
On this topic
Mining companies in Peru plan to resume work in the coming days
Volkswagen to temporarily close its plants in Mexico
Confederation of free trade unions of Ukraine supported the protests in Chile
Working the world's largest copper mine joined the protests in Chile
Бразилия продолжит расследование катастрофы плотины Vale до начала 2020 года
Чилийская Codelco теряет миллионы долларов из-за забастовки в Чукикамате
Add a comment
Сomments (0)
News Analytics
Metinvest's Kryvyi Rih GOKs will pay double taxes to the local budget until01-08-2020, 14:16
US Steel will not restart blast furnaces in Indiana until the end of this year01-08-2020, 14:02
ThyssenKrupp closed the deal for the sale of the elevator business01-08-2020, 13:53
Minister for Strategic Industries of Ukraine inspected YUZHMASH workshops31-07-2020, 09:49
At the sinter plant of the Ilyich Iron and Steel Works, final work on equipment30-07-2020, 16:33
Steel begins to lose the battle with the aluminium due to the growing27-07-2020, 17:08
Gold may reach a record high in 201114-07-2020, 12:47
Steel prices in southern Europe are rising, despite weak demand23-06-2020, 10:54
Analysts expect strong demand growth for steel in China10-06-2020, 11:57
Global steel consumption in 2020 will be reduced by 6.4% - Worldsteel04-06-2020, 13:53
Sign in with: