Half of Ukraine's energy-intensive companies are planning to stop production facilities and send their employees to a forced outage after receiving gas bills with figures in the region of 56,000 hryvnia per thousand cubic meters. 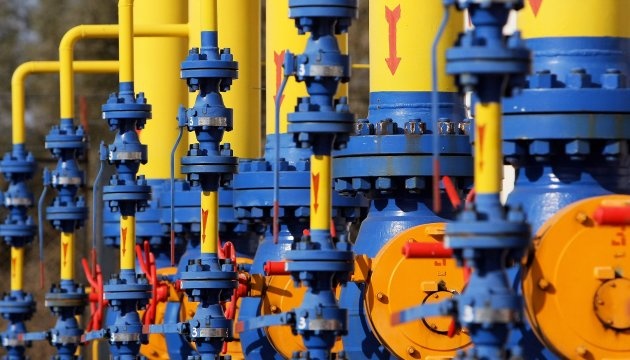 Last week, a number of industrial consumers received offers to purchase natural gas at the level of 56,000 hryvnia per 1,000 cubic meters. This is almost 7 times higher than the price in January 2021. Futures prices for natural gas on the Dutch TTF have already reached historic highs of $ 1,450 - $ 1,700 per thousand cubic meters already twice.

Such a price level is devastating for the Ukrainian industry, which is the only one in Europe that buys 100% of gas at spot prices, the Federation of Employers of Ukraine said based on a survey in which 100 companies-consumers of natural gas, working in 20 industries, took part. The survey was conducted by the method of online questionnaires and /or personal interviews.

The results of the survey showed that in October this year, due to gas prices, 91% of the companies surveyed will become unprofitable. In November, their number may reach already catastrophic 96%. And this despite the fact that, given the gas price that developed during January-July, they were profitable.

49% of respondents plan to stop production or reduce its volumes if the gas price remains at the October level or increases. Already in December, in particular, due to the emergence of a cash gap, lack of credit and the need for prepayment for natural gas, the overwhelming majority of the surveyed companies may stop.

90% of the surveyed enterprises do not have the technological ability to replace natural gas with other energy resources and an action plan in case of termination of its supply. And even the small number of companies that have an alternative to gas note that this is only a temporary way out of the situation.

97% of respondents say that the key factor in protecting consumers from rapid price fluctuations, ensuring the predictability of the cost of products of the Ukrainian industry and its competitiveness should be the practice of concluding long-term contracts for the supply of natural gas with a fixed price of the resource, as in the EU. </p >

It is impossible to build a competitive economy when the price of gas for Ukrainian enterprises is 4-5 times higher than for their competitors.

The faster the crisis will peak in energy-intensive industries that have the largest share of energy resources in the cost of production. These are, in particular, the chemical, glass, ceramic areas, agricultural processing.

Already now, Ukrainian producers are forced to respond to the rapid rise in the price of natural gas. As a result, the next wave of growth in prices for the final products of all Ukrainian manufacturers in all industries will take place.

Therefore, in the end, ordinary Ukrainians will be forced to pay for the extraordinary rise in the cost of gas in the final cost of the products of Ukrainian producers of food (such sensitive as bread, cheese, sugar, etc.), medicines and other goods, which can create additional social tension in society. And many will lose their jobs due to the closure of manufacturing plants.

Already now we can confidently say that, in the absence of urgent steps on the part of the authorities to stabilize the situation with the price of natural gas for industry, there will be reductions in workers at enterprises, the closure of companies and a decrease in revenues to the budgets of different levels. p>

Сomments
Add a comment
Сomments (0)
Partner news
Recommended:
Polish miners blocked coal shipments to local power plants
ThyssenKrupp starts a hydrogen electrolyser project in the Port of Rotterdam
Analysts predict sharp drop in US steel prices in 2022 - Platts
On this topic
Gas price in Europe exceeded $ 500 per thousand cubic meters
Gas prices in Europe renewed record highs and approached $ 500 per thousand cubic meters
Gas prices in Europe fell below $ 1000 per thousand cubic meters after Putin's statement about
World steel production in November increased by 6.6%
"Naftogaz of Ukraine" in February reduced the price of gas for industry by 15%
World steel production in November decreased by the percentage
News Analytics
US company aims to smelt first steel on the Moon in 202422-01-2022, 12:57
Iron ore prices show third weekly gain22-01-2022, 12:56
Chamberlain resigns as head of the London Metal Exchange in favor of22-01-2022, 11:28
German scientists have found a way to prevent the formation of blockages in22-01-2022, 10:39
Water shortage in Chile will hit copper production in 202221-01-2022, 20:57
Semiconductor shortage will persist for years to come09-01-2022, 13:11
2021 was the worst year for gold since 201501-01-2022, 13:08
Iron ore will be significantly cheaper in 2022 - consensus forecast by leading01-01-2022, 12:46
Profits of Ukrainian and Russian steel plants will remain above average until21-12-2021, 11:23
British analysts downgrade forecast for global steel production in 202114-12-2021, 15:06
Sign in with: