Vladimir Putin said that it is necessary to increase the supply of natural gas through Ukraine to Europe, which is now in dire need of energy. According to him, there is no need to undermine confidence in the Russian gas monopoly and “no need to put anyone in a difficult position, including Ukraine, despite all the moments associated with Russian-Ukrainian relations.” 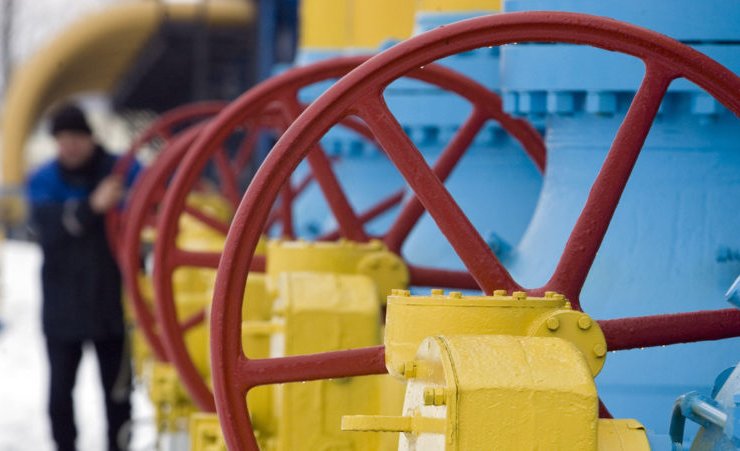 The exchange price for gas in Europe fell below $ 1000 per thousand cubic meters on the statements of Russian President Vladimir Putin that the Russian Federation in the situation with gas transit will not put anyone in an uncomfortable position, including Ukraine.

According to the London ICE stock exchange, at the moment the gas price continues to decline and has already dropped to $ 973 per thousand cubic meters.

According to Putin, the European Commission is to blame for the rise in prices, which sought to abandon long-term contracts and switch to gas trading on the stock exchange. “It turned out that it has become quite obvious today that this policy is wrong,” the Russian president said.

Gazprom provides 35% of Europe's gas needs. At a meeting with Putin on Wednesday, Vice Prime Minister of the Russian Federation Alexander Novak noted that the exchange prices for gas do not reflect the real situation, since it has not been “without speculative approaches.”

Putin urged Gazprom to “think about a possible increase in supply on the market.”

At the same time, Gazprom believes that it is more profitable for the company to pay a fine to Ukraine and increase the volume of gas supplies to Europe through new pipelines. According to the monopoly, Gazprom increased gas pumping through Ukraine by more than 8% in the first nine months of 2021 and is likely to exceed contractual obligations. A further increase in supplies through the Ukrainian gas transportation system was called unprofitable there.

However, the Ukrainian GTS Operator said that the volume of Russian gas transported to Europe through Ukraine in the period from January to September 2021 fell to 32.7 billion cubic meters from 39.5 billion cubic meters a year earlier. that Ukraine's gas system is operating at less than a third of its capacity, and that the idle capacity, which is double that of Nord Stream 2, could be used to increase gas supplies to Europe.

Ukraine has repeatedly declared the reliability of its gas transportation system and believes that Russia's reluctance to use it is caused by the intention to exert political and economic pressure on the country.

The US believes that Moscow can use the gas issue as a political tool and urged it to supply more fuel to Europe via Ukraine.

Сomments
Add a comment
Сomments (0)
Partner news
Recommended:
US authorities asked operators to postpone the launch of 5G networks
Law on localization in machine building of Ukraine does not apply to the US and the EU - USPP
Interpipe denied the message of the American publication about "active trade" with Russia
On this topic
The exchange price of gas in Europe has exceeded a record $ 800 per thousand cubic meters
For the first time, the exchange price of gas in Europe exceeded USD 1,200 per thousand cubic meters
Who will freeze first, if Ukraine will stop the transit of Russian gas?
Exchange prices for gas in Ukraine exceeded 1,400 dollars per thousand cubic meters
Exchange gas prices in Europe have set a new absolute record exceeding $ 550 per thousand cubic
How the reform of the electricity market in Ukraine can lead to a collapse and what to do about it
News Analytics
Intel to build two new chip factories in Ohio by 202523-01-2022, 12:58
US company aims to smelt first steel on the Moon in 202422-01-2022, 12:57
Iron ore prices show third weekly gain22-01-2022, 12:56
Chamberlain resigns as head of the London Metal Exchange in favor of22-01-2022, 11:28
German scientists have found a way to prevent the formation of blockages in22-01-2022, 10:39
Semiconductor shortage will persist for years to come09-01-2022, 13:11
2021 was the worst year for gold since 201501-01-2022, 13:08
Iron ore will be significantly cheaper in 2022 - consensus forecast by leading01-01-2022, 12:46
Profits of Ukrainian and Russian steel plants will remain above average until21-12-2021, 11:23
British analysts downgrade forecast for global steel production in 202114-12-2021, 15:06
Sign in with: