Gazprom has once again abandoned auctions for gas supplies through Ukraine, against the background of this, prices in Europe have risen to a record level. Low LNG supplies to Europe amid record empty storage facilities are also driving up natural gas prices. 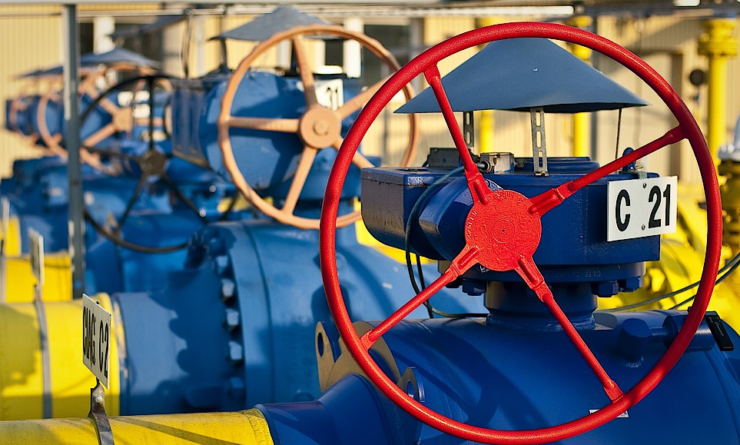 Futures prices (Front Month) for natural gas on the Dutch TTF in the last hours of trading on July 28 exceeded 39 euros per megawatt hour (MWh), peaking at 491 dollars per 1,000 cubic meters. Thus, gas prices have renewed the absolute maximum in the entire history of the European gas market. As a reminder, the previous maximum of 38.7 euros per MWh was set on July 5, 2021.

When converted into hryvnia, the cost of gas is 15 800 hryvnia per thousand cubic meters, including taxes. Gas in Ukraine is traded on Wednesday for about 1000 hryvnia cheaper than on European hubs. The rise in prices continues amid unscheduled shutdowns at a field in Norway. Deliveries from the Troll field to the Netherlands, Belgium and France are at a minimum. Also, the rise in prices for CO2 emissions has become an important reason for the rise in prices during the day.

At the same time, supplies of liquefied natural gas (LNG) to Europe are falling, and stocks in the storage facilities of receiving terminals are also decreasing. Since the beginning of July, the European gas transportation system has received 12% (about 1 billion cubic meters) less regasified LNG compared to June, and in annual terms, the decline was more than 22%.

All spare gas shipments are sent to Asia, where demand continues to rise due to the heat and the growing demand for electricity for air conditioning. China is the leader in LNG growth, which in July increased gas imports by a quarter in annual terms, demand is also recovering in India.

UGS reserves in Europe have decreased due to the fact that Gazprom was taking gas from storage facilities during the shutdowns of the Yamal and Nord Stream gas pipelines.

More than 80% of Gazprom's sales to Europe are now carried out according to spot indices of different time bases - from a month in advance to a year in advance. The observed price level will not instantly affect the contract prices of the Russian monopolist, but will further support them in the event of a correction. Gazprom's budget for 2021 includes the average price of gas exports to the far abroad at $ 170 per thousand cubic meters. The concern recently raised its estimate of the average price of its exports to non-CIS countries in 2021 to $ 240.

Финансовая аналитика, прогнозы цен на сталь, железную руду, уголь и другие сырьевые товары. More news and analytics on Metallurgprom telegram channel - subscribe to get up-to-date market information and price forecasts faster than others.
Сomments
Add a comment
Сomments (0)
On this topic
ArcelorMittal to Build a Billion Euro Waste Blast Furnace in Belgium
Employees of the Nissan plant in Barcelona lit candles on their jobs (Video)
"Naftogaz of Ukraine" in February reduced the price of gas for industry by 15%
The steel industry, the United States recognized itself the most energy efficient in the world
Gas prices in Europe from the beginning of the week decreased by 10%
Gas prices in the EU increased by 15-30% due to the reduction of supply
Recommended:
Ukrainian court invalidated sale of Ferrexpo Plc shares in 2002
Ukraine's foreign exchange earnings from the export of ferrous metals decreased by $4 billion
Ferroalloy enterprises of Ukraine in total reduced output by 27.6%
News Analytics
Moody's changed the outlook for the global mining industry to26-09-2022, 19:04
Russia may increase taxation of oil, gas, coal and fertilizers26-09-2022, 15:58
UK steel production hits record low this year26-09-2022, 15:07
Ukrainian court invalidated sale of Ferrexpo Plc shares in 200222-09-2022, 12:45
EU Commission not doing enough to save aluminum industry - associations21-09-2022, 11:07
China production cuts in winter will give limited boost to steel markets -15-09-2022, 10:09
Steel prices may rise as manufacturers stop production11-09-2022, 14:06
IREPAS: The global long products market is in a "dramatic situation"10-09-2022, 20:49
Steel prices are unlikely to rise significantly in the near future - analysts02-09-2022, 22:58
Steel prices may move up on new data from China31-08-2022, 12:19
Sign in with: