How the US became the world's largest Bitcoin mining hub

US Bitcoin mining activity more than doubled after China crackdown 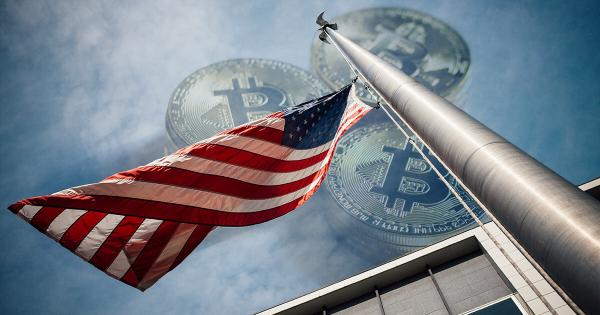 China's government crackdown on Bitcoin (BTC) drove lucrative businesses out of the country and helped make the US a hub for Bitcoin mining.

According to the Electricity Consumption Index, which provides a real-time estimate of the total electricity consumption of the Bitcoin network, mining activity in China has dropped to zero, according to the Cambridge Center for Alternative Finance (CEBCI).

CBECI data collection began in September 2019, when China's share reached 75%. Over time, as a result of increased efforts by Beijing to restrict the cryptocurrency market, China's fixed share of bitcoin mining has actually dropped to zero.

Meanwhile, the US has become the new hub for bitcoin mining in the world. According to CBECI, the country's share in global production increased from 16.8% in April 2021 to 35.4% in August.

After the United States, Kazakhstan has become the second country to attract the largest share of redistributed operations, its share currently stands at 18.1%, up from 8.2% in April 2021 before the exit of Bitcoin miners from China.

Russia became the third place of migration, the share of hashrate of which increased from 6.8% to 11.2%.

The CEBCI dataset has empirically documented seasonal hashrate migration in mainland China, as miners in the country periodically moved from more stable coal regions such as Xinjiang, where they were based during the dry months, to areas with temporary surplus of cheap hydropower like Sichuan. during the rainy season.

Since the government took harsh measures against the mining industry in June 2021, there has been no data, and internal migration is a thing of the past. While the data does not suggest a complete curtailment of activity in China, the likelihood that hidden mining is still taking place in the country persists as a recent suspicious increase in hash rates was found in two European countries, presumably including Ukraine. Their share, according to the Cambridge Center for Alternative Finance, has grown significantly due to IP redirection using VPN or proxy services.

Финансовая аналитика, прогнозы цен на сталь, железную руду, уголь и другие сырьевые товары. More news and analytics on Metallurgprom telegram channel - subscribe to get up-to-date market information and price forecasts faster than others.
Сomments
Add a comment
Сomments (0)
On this topic
World steel production up 0.6% in August - WorldSteel
Steel production in September 2020
Bill on increasing rent payments and excise taxes submitted for consideration to the Verkhovna Rada
World steel production in September fell by 0.3%
How the reform of the electricity market in Ukraine can lead to a collapse and what to do about it
Metallurgical production of Donetsk region increased in January-April by 35%
Recommended:
Analysts confident of significant growth in global demand for galvanized steel
Europe's passenger car market records its worst year since the turn of the century
Dneprovsky Metallurgical Plant continues to operate rolling shops using tolling raw materials
News Analytics
British scientists have found a way to cut CO2 emissions from steel production28-01-2023, 23:49
European steel price rise that began in January will be short-lived - MEPS26-01-2023, 14:44
Steel production in China rose in the first decade of January26-01-2023, 12:30
UK is ready to give 300 million pounds to save British Steel20-01-2023, 21:31
Carriage building plant in Kremenchug stopped production due to debts20-01-2023, 21:11
S&P: Russia will continue to dominate the steel export market in the Black05-01-2023, 11:22
Fitch Analysts Predict Big Drop in Global Steel Consumption This Year14-12-2022, 13:59
Analysts predict 5% annual growth in the iron casting market through 203006-12-2022, 12:44
Commodity prices will fall, metals quotes will rise slightly - Focus Economics28-11-2022, 13:28
Platinum market to face shortage next year - WPIC22-11-2022, 18:25
Sign in with: