Ukraine's hydrogen strategy can become the basis for international cooperation in hydrogen energy and create conditions for closer cooperation with the United States, the minister said. 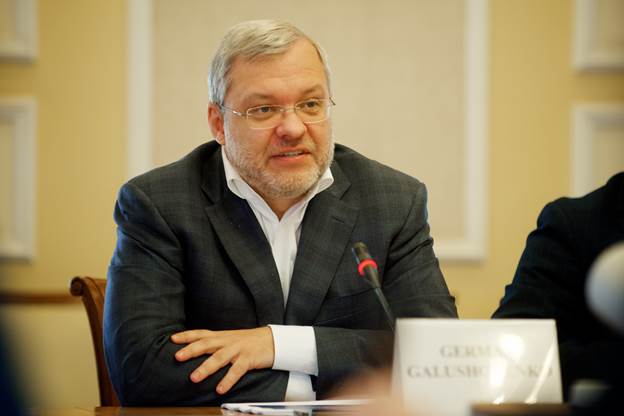 Energy Minister Herman Galushchenko discussed with representatives of the United States Agency for International Development (USAID) the energy security project and framework recommendations for creating a hydrogen strategy for Ukraine, developed jointly by the Ministry of Energy and USAID experts.

As noted in the press service of the Ministry of Energy of Ukraine, the country's hydrogen strategy will include three key elements: production, transportation and storage of hydrogen. According to expert recommendations, the implementation of the strategy will take place in three stages: 2021-2025, 2025-2030 and after 2030. During each of these stages, it is envisaged to determine the main tasks and areas of activity, develop infrastructure, create a regulatory framework and implement pilot projects and areas for cooperation.

“The hydrogen strategy is very important for Ukraine. It can become a worthy basis for international cooperation, especially with the United States of America. We can start pilot hydrogen projects based on nuclear energy. In Europe, in connection with the energy crisis, they are beginning to speak louder and louder that nuclear energy is clean, carbon-free energy. We also support this position, ”said Energy Minister German Galushchenko.

The preparation of framework recommendations for the creation of a hydrogen strategy was preceded by numerous meetings and meetings on the basis of the working group of the Ministry of Energy on the development of a strategy, discussion with Ukrainian and international experts, and the study of world experience. The Framework Recommendations will be discussed with stakeholders and market participants who should provide their suggestions and comments. The writing of the actual strategy will begin after the proposals of all interested parties have been processed.

Сomments
Add a comment
Сomments (0)
Partner news
Recommended:
UK car production plummets to 65-year low
Rinat Akhmetov named 3 steps to overcome the energy crisis in Ukraine
Astronomical profits of the metallurgical giant
On this topic
Ukraine needs an effective document for the development of hydrogen energy - Ministry of Energy
Ukrhydroenergo made for gender balance in energy sector
The development of hydrogen technologies is becoming a national security issue for Ukraine
State Energy Efficiency together with UNECE and stakeholders discussed the possibilities of
Is it possible to replace Russian gas in the Ukrainian GTS with "green" hydrogen?
Ukrainian hydrogen for Europe: an image of the future or a soap bubble?
News Analytics
Motor Sich will produce a fully composite European-class helicopter27-11-2021, 09:09
UK car production plummets to 65-year low26-11-2021, 17:04
Ukraine and Canada have started the practical implementation of the space26-11-2021, 11:49
Coking coal imports to India fell in September due to rising prices26-11-2021, 10:08
China has invested over a billion dollars in agricultural development in Africa26-11-2021, 09:36
What unites Ilona Mask and other richest people in the world31-10-2021, 12:28
Moldavian Gordian knot - big politics28-10-2021, 11:03
Elon Musk's equity capital is approaching the $ 300 billion mark27-10-2021, 13:26
Hopes are dying to end the world's dependence on coal25-10-2021, 16:54
Will the rise in steel prices limit metallurgical production?25-10-2021, 11:44
Sign in with: