Hopes are dying to end the world's dependence on coal 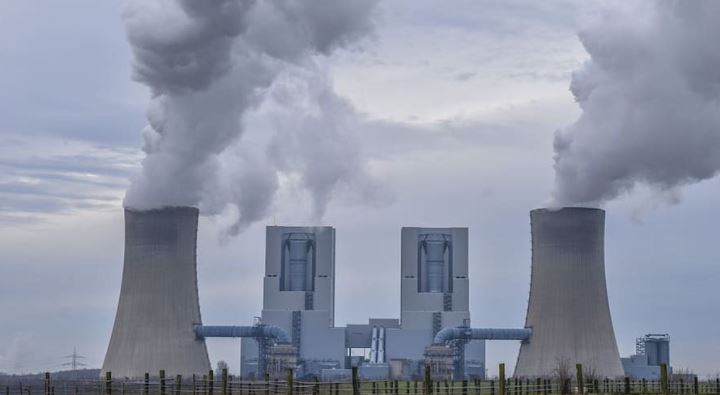 Government and utilities around the world are willing to pay record amounts for coal. This is the sad reality that world leaders must face in the Glasgow climate change talks as hopes of ending the world's dependence on the dirtiest fuels are dying.

This year, the energy crisis in Europe has exposed vulnerabilities in the energy supply system. The UK has been particularly hard hit after calm weather hit wind power, exacerbating the impact of wider regional gas shortages and the shutdown of coal-fired power plants in Europe.

The 2010s were the decade of renewable energy. Rapid growth in technology, huge government subsidies and falling prices have made a sea of ​​solar panels and a forest of wind turbines commonplace.

However, despite the widespread use of renewable energy sources, burning coal remains the most popular method of generating electricity in the world, accounting for 35% of all electricity.

Global emissions are skyrocketing again this year as the economy recovers and energy consumption spikes across the world.

Финансовая аналитика, прогнозы цен на сталь, железную руду, уголь и другие сырьевые товары. More news and analytics on Metallurgprom telegram channel - subscribe to get up-to-date market information and price forecasts faster than others.
Сomments
Add a comment
Сomments (0)
On this topic
Ukrainian hydrogen for Europe: an image of the future or a soap bubble?
UN Secretary General has called coal mines a past, from which it is time to abandon
US and China Announce Key Agreement to Strengthen Climate Protection
Coking coal entered the list of strategic raw materials at the global level
How the reform of the electricity market in Ukraine can lead to a collapse and what to do about it
Ukraine asks the UK to share its experience in transforming coal regions
Recommended:
The global steel industry will face its worst quarter since the 2008 crisis
Nigeria can turn Russian-Ukrainian conflict to its advantage - Lee Engineering Group
Fitch downgrades 2022 global GDP growth forecast to 2.9% from 3.5%
News Analytics
The United States refused to impose duties on Russian metals and increase02-07-2022, 09:05
Daimler Truck began testing Actros tractor on liquid hydrogen02-07-2022, 08:54
Volvo invests $1.25 billion to build electric vehicle plant in Slovakia01-07-2022, 18:17
Swedish court authorizes construction of steel mill for the first time in 5001-07-2022, 11:09
AvtoVAZ plans to produce at least 400,000 vehicles in 202301-07-2022, 11:29
High iron ore shortage could halt metallurgy's green transition28-06-2022, 14:02
Price volatility hits global steel market27-06-2022, 19:28
Recovery in China could be key to rising global steel prices - MEPS24-06-2022, 14:00
Conflict in Ukraine spurs Europe's drive for clean energy03-06-2022, 12:14
US steel market sentiment becomes more price neutral05-05-2022, 10:15
Sign in with: