the largest volume of Russian electricity plans to purchase private company "TAS Energy of the country." 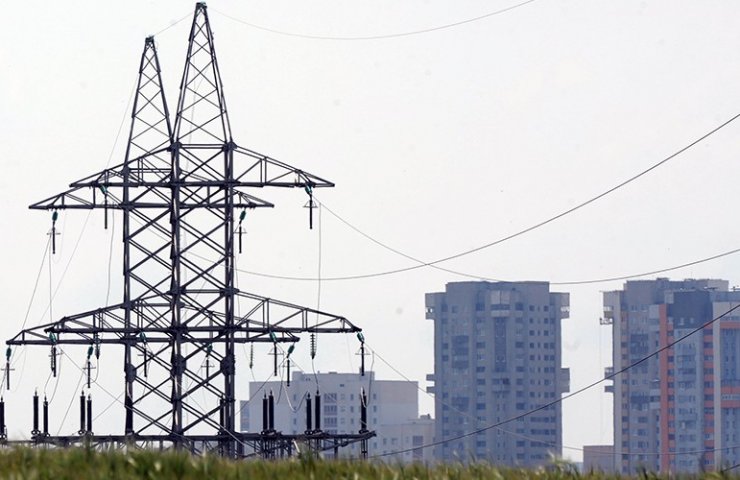 Six Ukrainian companies have purchased the volume interstate flow of electricity import in December from Russia in the IPS of Ukraine, including the largest amount (600 MW) was acquired by private company "TAS Energy of the country." This is stated in the results of the auction for the sale section which are published by the system operator "Ukrenergo".

To import electricity from Belarus in the IPS of Ukraine in December, the section acquired "DE trading" (450 MW) and "ERA trading" (50 MW). Also the cross section in the same direction, in networks with voltage 0.4-110 kV acquired "D. trading" (5 MW) and "energy trade group" (5 MW).

"DE trading" has acquired cross-section (404 MW) for import from Moldova in the IPS of Ukraine.

Финансовая аналитика, прогнозы цен на сталь, железную руду, уголь и другие сырьевые товары. More news and analytics on Metallurgprom telegram channel - subscribe to get up-to-date market information and price forecasts faster than others.
Сomments
Add a comment
Сomments (0)
On this topic
Carriage works of Sergei Tigipko will issue bonds with a rate of 14% per annum
Ukraine is interested in import of electricity from Belarus Alexey Orzhel
Ukrenergo in 2020 will receive less than 100 million hryvnia due to the law on "green"
The supply of electricity from Russia to Ukraine will be increased to market sources
How the reform of the electricity market in Ukraine can lead to a collapse and what to do about it
Zaporozhtransformator has developed new transformers specially for Ukrenergo
Recommended:
S&P: Russia will continue to dominate the steel export market in the Black Sea region
British scientists have found a way to cut CO2 emissions from steel production by 90%
British Steel seeks financial support from the government to continue work
News Analytics
EU Green Deal should encourage investment in mild steel projects: Eurofer02-02-2023, 16:32
Belarusian steel plant to operate at full capacity from February02-02-2023, 16:56
British Steel considers cutting up to 1,200 jobs at Scunthorpe02-02-2023, 11:50
Electric vehicles will play a key role in US aluminum production growth - Norsk01-02-2023, 12:17
The former president of Motor Sich was accused of aiding terrorists01-02-2023, 11:39
European stainless steel producers ready to raise prices31-01-2023, 16:16
S&P: Russia will continue to dominate the steel export market in the Black05-01-2023, 11:22
Fitch Analysts Predict Big Drop in Global Steel Consumption This Year14-12-2022, 13:59
Analysts predict 5% annual growth in the iron casting market through 203006-12-2022, 12:44
Commodity prices will fall, metals quotes will rise slightly - Focus Economics28-11-2022, 13:28
Sign in with: