steel industry is going through hard times due to a significant fall in prices in these circumstances, the cost of steel products becomes more critical, the company said Lakshmi Mittal. 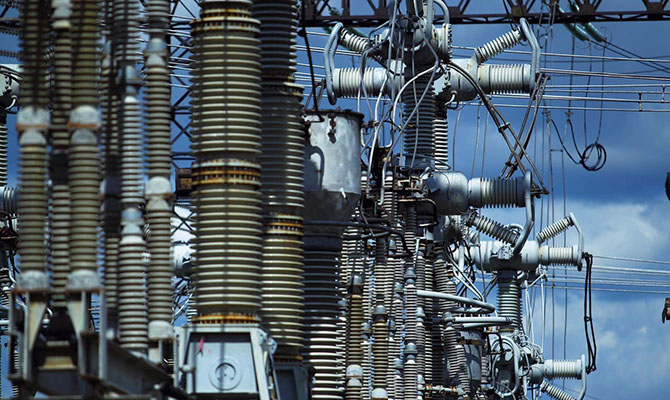 Measures of the government of Ukraine has helped to reduce electricity tariffs for industry – note the "ArcelorMittal Kryvyi Rih".

"the Ukrainian Government has kept its promise by November, electricity tariffs for industry returned to the June level," said the head of the Department of procurement administration for the supply of "ArcelorMittal Kryvyi Rih" Oleg Aiko.

we will Remind that in July, after entering a new model of the wholesale energy market payments for electricity from "ArcelorMittal Krivoy Rog" and other industrial enterprises increased by nearly 20%, which caused the shaft of criticism of the authorities. In mid-August, Vladimir Zelensky initiated the meeting in the President's Office with the participation of all stakeholders, including Industrialists. "We were assured that some measures will help you to eliminate such sharp jump of the prices, and in October the industry will be able to feel it. Now in its payments, we see that the government heard us," - said Oleg Aiko.

So, the tariff for distribution of electricity since August has been reduced from 62.55 to 49.76 UAH/MW hour transfer with 347,43 to 311,14 UAH/MW hour and nearly two and a half times – up to UAH 116,54/MW hour. Price on day-ahead market (the market) is also gradually decreased. If in July – October it ranged from an average of 1570 to 1630 UAH/MW hour, for 25 days in November had fallen to 1328,36 UAH/MW hour. "Thanks to this lowering of price distortions in the energy market were eliminated," - stated in the administration of supply "ArcelorMittal Kryvyi Rih".

However, to relax the real sector earlier, according to Oleg Aiko. The national Commission for regulation in energy and utilities (NKREKU) approved for discussion the draft tariffs the NEC "Ukrenergo" for the year 2020. We are talking about the increase since the first of January of tariffs for transmission of electricity from 116,54 to 131,71 UAH/MW hour (+13%), and dispatching from 8.03 to 9.94 UAH/MW hour (23,6%).

"I would Like to when discussing this project was also taken into account the opinion of the industrial enterprises. First of all, energy-intensive and export-oriented industries, which include metallurgy. Now she is going through hard times due to a significant fall in prices on world markets and production volumes, and in these circumstances, the cost of steel becomes critical", - stressed the representative of "Arcelor Mittal Krivoy Rog".

Финансовая аналитика, прогнозы цен на сталь, железную руду, уголь и другие сырьевые товары. More news and analytics on Metallurgprom telegram channel - subscribe to get up-to-date market information and price forecasts faster than others.
Сomments
Add a comment
Сomments (0)
On this topic
Tesla will recall more than 10,000 cars with defective roof and steering wheel
Elon Musk contracted coronavirus, but doubts the reliability of the tests
Ukraine accepted the offer of the Mask on the free ventilators
Metinvest is recognized as one of the most sustainable companies in Ukraine
Iran is satisfied with the reaction of the world community to 60% enrichment of uranium
"Naftogaz" has filed a lawsuit against the government of Ukraine for the issuance of a
Recommended:
Steel market in Europe expects big production cuts due to weak demand
US chip makers caught in crossfire of sanctions
Chinese Steel Sector Turned Into Profit and Ready for New Growth
News Analytics
Ukrainian court invalidated sale of Ferrexpo Plc shares in 200222-09-2022, 12:45
EU Commission not doing enough to save aluminum industry - associations21-09-2022, 11:07
Steel market in Europe expects big production cuts due to weak demand20-09-2022, 11:13
Ford warns investors to cut car deliveries due to parts shortages20-09-2022, 10:43
The price of lithium resumes insane growth after Elon Musk's remarks20-09-2022, 10:54
China production cuts in winter will give limited boost to steel markets -15-09-2022, 10:09
Steel prices may rise as manufacturers stop production11-09-2022, 14:06
IREPAS: The global long products market is in a "dramatic situation"10-09-2022, 20:49
Steel prices are unlikely to rise significantly in the near future - analysts02-09-2022, 22:58
Steel prices may move up on new data from China31-08-2022, 12:19
Sign in with: