Rivian Automotive could propel Tesla into the electric vehicle industry 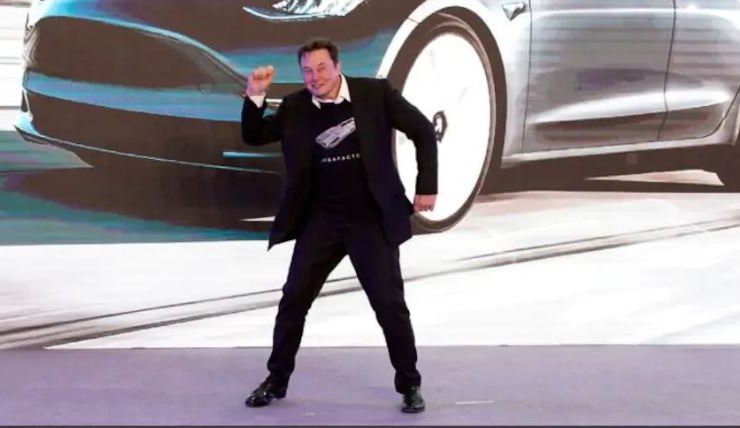 Tesla shares continued to decline for the second day in a row, dropping another 12 percent amid a slew of negative news, and the EV maker had a market valuation of about $ 200 billion for the fall.

Tesla boss Elon Musk lost $ 50 billion in two days after the stock crash. This is the biggest one-day drop since Amazon founder Jeff Bezos lost $ 36 billion after his divorce from Mackenzie Scott in 2019.

The slump in luck has narrowed the chasm between Musk and Bezos, considered the richest man in the world, to $ 83 billion. Despite the fall, Musk's fortune is still up 70% this year.

Meanwhile, Tesla shares are up more than 47 percent in 2021 and more than double last year thanks to improved car margins and a large order from car rental company Hertz Global Holdings.

However, investors sold the stock after a slew of negative headlines, including a possible sale by Musk.

On Saturday, Elon Musk tweeted a poll asking his voters if he should get rid of his 10 percent stake in an electric car company. About 58 percent of respondents voted for the sale of shares. Musk said he "will stick to the results of this poll anyway."

“Stocks are grossly overvalued in the long term and investors are struggling with valuation,” said Matt Portillo, an analyst at Tudor Pickering, adding that the survey gave investors “a reason to pull back a bit.

Musk potentially faced a nearly $ 15 billion tax bill for windfall profits from exercising his options and selling stocks, which were valued at $ 26.6 billion at the end of Monday.

News that Musk's brother Kimball and other board members such as Robin Denholme, Ira Ehrenpreis and Antonio Gracias are transferring a stake in the company also began to arrive on October 28.

The 12% drop in stock value on Tuesday was the biggest daily drop in percentage terms since September 2020. Tesla shares closed at $ 1,023.50 on Tuesday. The company lost $ 138 billion in market capitalization in one day, in addition to nearly $ 60 billion on Monday.

Meanwhile, Tesla's rival and new automaker Rivian Automotive is set to raise nearly $ 10 billion in an initial public offering on Tuesday. Rivian Automotive is supported by Amazon, Ford Motor and Cox Automotive. Investors believe Rivian will be the next major player in the electric vehicle industry, now dominated by Tesla.

Финансовая аналитика, прогнозы цен на сталь, железную руду, уголь и другие сырьевые товары. More news and analytics on Metallurgprom telegram channel - subscribe to get up-to-date market information and price forecasts faster than others.
Сomments
Add a comment
Сomments (0)
On this topic
Elon Musk's equity capital is approaching the $ 300 billion mark
The head of the Internet company Amazon will send a woman astronaut to the moon in 2024
Elon Musk lost $ 16 billion in one day
Elon Musk called the family of the academician the Queen
Elon Musk introduced Tesla electric pickup Cybertruck at a price of 40 thousand dollars
Elon Musk explains how to achieve fully autonomous driving Tesla
Recommended:
Steel production in China declines in July, but this does not affect the large supply surplus
Electricity prices put Sweden before a choice between steel smelting and cryptocurrency mining
Ukrainian gas transportation system allowed to pump biomethane
News Analytics
India prepares to lift export duties on steel09-08-2022, 08:34
Russian metallurgists will need more than 10 years to replace imports of key09-08-2022, 07:23
China reduced steel exports in July by one million tons or 12%08-08-2022, 17:41
World steel prices have moved from a protracted fall to growth08-08-2022, 16:27
Ferrexpo's net profit in the first half of the year decreased by 88%03-08-2022, 10:20
The US market may begin a collapse in prices for thick sheet14-07-2022, 09:39
High iron ore shortage could halt metallurgy's green transition28-06-2022, 14:02
Price volatility hits global steel market27-06-2022, 19:28
Recovery in China could be key to rising global steel prices - MEPS24-06-2022, 14:00
Conflict in Ukraine spurs Europe's drive for clean energy03-06-2022, 12:14
Sign in with: