Following the conclusion of talks between the US, its European allies and Russia last week, US officials warned that the risk of a Russian military invasion of Ukraine remains high. 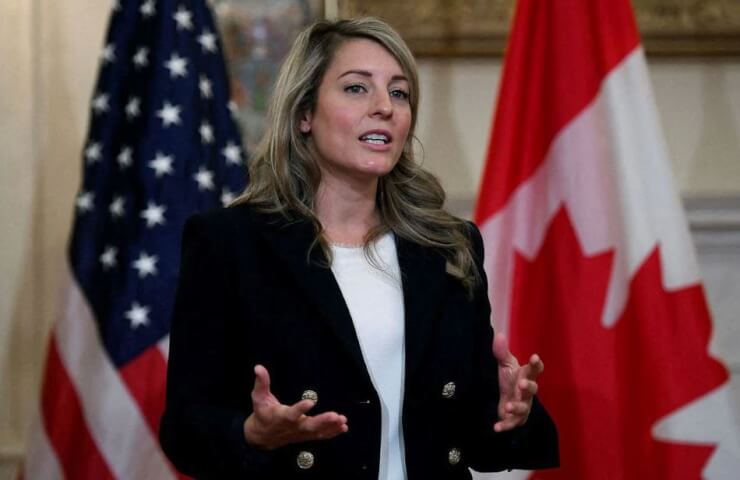 Moscow has deployed more than 100,000 troops near the border with Ukraine, according to US media, and is preparing a pretext for an invasion if diplomacy fails to achieve its goals.

Canada, with its sizable and politically influential population of Ukrainian origin, has taken a hard line on Russia since its annexation of Crimea in 2014.

Canadian Deputy Foreign Secretary Martha Morgan and US Deputy Secretary of State Wendy Sherman spoke on Friday and pledged to continue close coordination to deter further Russian aggression against Ukraine and urged Russia to de-escalate, a US State Department spokesman said on Saturday.

Russia denies plans to attack Ukraine but says it may take some military action if its demands, including the NATO alliance's promise never to take Kiev, are not met.

Following the conclusion of talks between the US, its European allies and Russia last week, US officials warned that the risk of a Russian invasion of Ukraine remains high.

After statements about the failure of negotiations in the Russia-NATO format regarding security guarantees, Ukrainian Eurobonds significantly fell in price, and the hryvnia depreciated significantly against other currencies.

Financial analysts on Friday expressed concern about a possible military scenario in Ukraine, announcing an increase in volatility in the commodity market, the supply of which to the world market largely depends on Ukraine.

Финансовая аналитика, прогнозы цен на сталь, железную руду, уголь и другие сырьевые товары. More news and analytics on Metallurgprom telegram channel - subscribe to get up-to-date market information and price forecasts faster than others.
Сomments
Add a comment
Сomments (0)
On this topic
Canada has promised to urgently ratify the USMCA agreement
Hungarian Foreign Ministry summoned the Ukrainian ambassador with accusations of "violation of
Russian military exercises on border with Ukraine spark concerns over commodity prices - Platts
The security threats from the launch of Nord Stream 2 cannot be compensated for - Naftogaz
The US state Department has called the date of visit Mike Pompeo in Kiev
Strategy of defense in space
Recommended:
British scientists have found a way to cut CO2 emissions from steel production by 90%
Tata Steel: Great Britain will need more than 10 million tons of steel to gain energy independence
Ukrzaliznytsia announced the purchase of rails in France cheaper than in Metinvest before the war
News Analytics
British scientists have found a way to cut CO2 emissions from steel production28-01-2023, 23:49
European steel price rise that began in January will be short-lived - MEPS26-01-2023, 14:44
Steel production in China rose in the first decade of January26-01-2023, 12:30
UK is ready to give 300 million pounds to save British Steel20-01-2023, 21:31
Carriage building plant in Kremenchug stopped production due to debts20-01-2023, 21:11
S&P: Russia will continue to dominate the steel export market in the Black05-01-2023, 11:22
Fitch Analysts Predict Big Drop in Global Steel Consumption This Year14-12-2022, 13:59
Analysts predict 5% annual growth in the iron casting market through 203006-12-2022, 12:44
Commodity prices will fall, metals quotes will rise slightly - Focus Economics28-11-2022, 13:28
Platinum market to face shortage next year - WPIC22-11-2022, 18:25
Sign in with: