The Ukrainian industrial company was also outraged by the statement of Foreign Policy that Russian pipes are 2-3 times cheaper than similar products of Interpipe. Viktor Pinchuk's company is preparing for possible legal action. 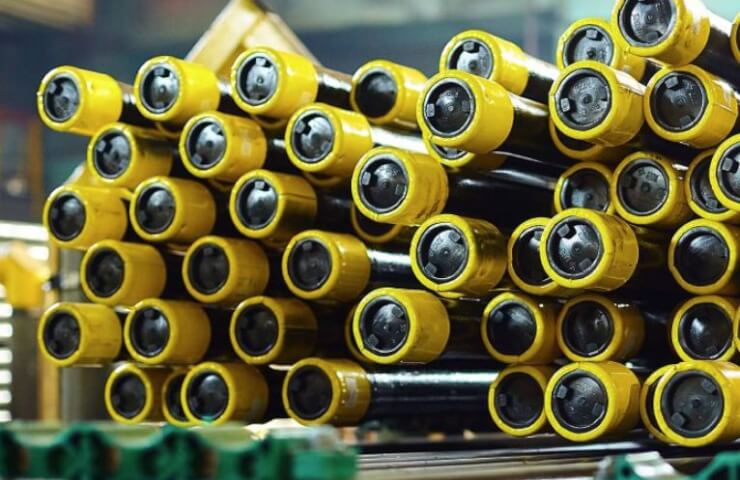 The Ukrainian industrial company Interpipe said that the American magazine Foreign Policy published on January 4, 2022 article "Ukraine Needs a Political Deal at Home to Defend Against Russia", containing a number of factual errors.

In particular, Interpipe disagrees with the statement that the metallurgical enterprise, whose beneficiary is Victor Pinchuk, "actively trades" with the Russian Federation.

“This information is completely untrue. Currently, Interpipe does not supply products to the Russian Federation, which previously imposed trade restrictions on Ukrainian steel pipes and railway wheels, ”the company said.

Recall that in April 2019, the Russian Federation imposed an embargo on seamless pipes from Ukraine, in February 2021 - on the import of Ukrainian railway products, which does not allow Interpipe, in principle, to conduct any "trade with Russia." >

In addition, the owner of Interpipe, Viktor Pinchuk, has been included by the government of the Russian Federation in the sanctions list, which also includes Ukrainian entrepreneurs, politicians, media activists and other citizens of Ukraine.

The company said that the assertion of the American publication that Russian pipes are 2-3 times cheaper than similar products by Interpipe is also not true.

“The Ukrainian company successfully competes with Russian and other pipe manufacturers on the international market. Interpipe exports pipes to more than 70 countries, including the USA and the European Union. Our prices, quality and level of service are competitive in comparison with Russian and world suppliers ", - noted in Interpipe.

The Ukrainian market, which accounts for about 20% of all the company's sales, is protected from Russian products by a mirror embargo. Nevertheless, Interpipe constantly competes in Ukraine with all the leading international pipe manufacturers, for example, Tenaris, ArcelorMittal, Vallourec and Sumitomo.

“Considering the above facts, as well as the fact that the statements of the publication are clearly false and cause significant damage to the business reputation of the national manufacturer of steel pipes and railway wheels Interpipe, the company is consulting with legal advisers in the United States in connection with the current situation,” they concluded in Interpipe.

Финансовая аналитика, прогнозы цен на сталь, железную руду, уголь и другие сырьевые товары. More news and analytics on Metallurgprom telegram channel - subscribe to get up-to-date market information and price forecasts faster than others.
Сomments
Add a comment
Сomments (0)
On this topic
Interpipe reduced sales of pipe and railway products in 2020
Interpipe announced a planned action to discredit the company in the Ukrainian media
Interpipe withdrew from the JV with the French due to tariff restrictions on the EU steel market
The price of electricity for Ukrainian metallurgists turned out to be twice as high as for French
INTERPIPE has improved its financial results for the 12 months 2019
Interpipe NTRP allocated 84 million hryvnia for the implementation of environmental projects
Recommended:
A new mine in the UK will not be able to replace coal imports from Russia - expert's opinion
Volvo starts mass production of electric trucks made from decarbonized steel
Swiss oil and gas equipment manufacturer Sulzer leaves Russia
News Analytics
The largest producer of titanium raw materials in Ukraine OGCC will sell25-05-2022, 20:48
Glencore accused of bribery in London pleads guilty in the US25-05-2022, 10:44
Swiss oil and gas equipment manufacturer Sulzer leaves Russia24-05-2022, 13:08
BIR: European Commission's decision on scrap metal will be the most tragic24-05-2022, 11:41
Rejection of Russian palladium destroys markets24-05-2022, 11:41
US steel market sentiment becomes more price neutral05-05-2022, 10:15
The global high-strength steel market will grow steadily by 5% annually for the04-05-2022, 08:45
China steel inventories hit 13-month high amid COVID-19 outbreak30-04-2022, 16:38
Slowdown in global auto sector affects steel prices27-04-2022, 12:36
World alumina production reaches a record 138 million tons21-04-2022, 09:54
Sign in with: