In 2021, the production of pig iron, steel, finished metal products, iron ore concentrate and commercial semi-finished products increased at the plants of the Metinvest mining and metallurgical holding. 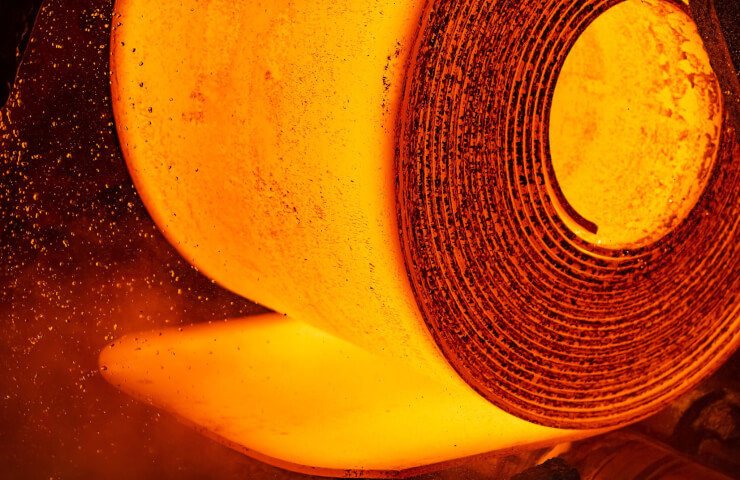 Metinvest B.V., the parent company of an international vertically integrated group of mining and metals companies (Metinvest), increased steel production by 15% to 9,533 thousand tons in 2021. Smelting increased as a result of the purchase of production facilities in the city of Kamenskoye (933 thousand tons), as well as an increase in production at Mariupol plants.

In 2021, the production of finished products increased by 23% compared to the same period last year - up to 7,233 thousand tons.

In 2021, the production of total iron ore concentrate at Metininvest's GOKs increased by 3% year-on-year to 31,341 kt due to increased ore mining and processing, as well as the implementation of the capital investment program of recent years.

In 2021, the production of coal concentrate almost doubled compared to 2020, to 5,542 thousand tons, as a result of the consolidation of the volumes of the Pokrovskaya Coal Group since March 2021, the effect of which amounted to 2,636 thousand tons.

Финансовая аналитика, прогнозы цен на сталь, железную руду, уголь и другие сырьевые товары. More news and analytics on Metallurgprom telegram channel - subscribe to get up-to-date market information and price forecasts faster than others.
Сomments
Add a comment
Сomments (0)
On this topic
Steel production at Metinvest's plants in Q3 2020 increased by 22%
AMCU requested the opinion of the companies on the obligations of Metinvest in case of obtaining
Metinvest increases steel production in the first half of 2021 by 10%
The fall in steel production at the plants of Metinvest in the 4th quarter 2019 exceeded 16%
Steel production growth at Metinvest plants in the first quarter amounted to 30%
Metinvest plants increase steel production by 9% in 2020
Recommended:
Azovstal is not planned to be restored, and Mariupol will become a resort town - the head of the DPR
Metinvest to mothball Europe's largest coking plant due to shelling
Installed renewable energy capacity in China skyrockets in first four months of 2022
News Analytics
The largest producer of titanium raw materials in Ukraine OGCC will sell25-05-2022, 20:48
Glencore accused of bribery in London pleads guilty in the US25-05-2022, 10:44
Swiss oil and gas equipment manufacturer Sulzer leaves Russia24-05-2022, 13:08
BIR: European Commission's decision on scrap metal will be the most tragic24-05-2022, 11:41
Rejection of Russian palladium destroys markets24-05-2022, 11:41
US steel market sentiment becomes more price neutral05-05-2022, 10:15
The global high-strength steel market will grow steadily by 5% annually for the04-05-2022, 08:45
China steel inventories hit 13-month high amid COVID-19 outbreak30-04-2022, 16:38
Slowdown in global auto sector affects steel prices27-04-2022, 12:36
World alumina production reaches a record 138 million tons21-04-2022, 09:54
Sign in with: