Steel production at Metinvest has been increasing for the second year in a row. 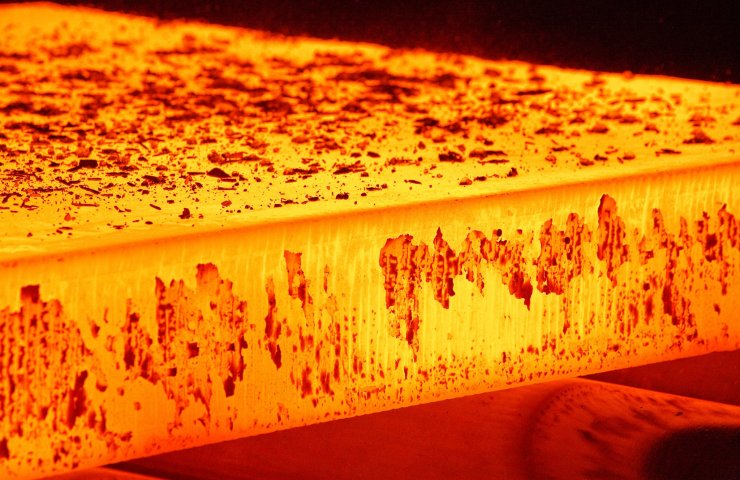 Metinvest B.V., the parent company of the vertically integrated group of metals and mining companies (Metinvest), on Friday announced the results of operating activities for the 4th quarter and 12 months ended December 31, 2020.

Metinvest reported that in 2020 the production of finished metal products increased by 4% compared to the previous year - to 5.833 million tons.

Финансовая аналитика, прогнозы цен на сталь, железную руду, уголь и другие сырьевые товары. More news and analytics on Metallurgprom telegram channel - subscribe to get up-to-date market information and price forecasts faster than others.
Сomments
Add a comment
Сomments (0)
On this topic
Steel production at Metinvest's plants in Q3 2020 increased by 22%
Metinvest increases steel production in the first half of 2021 by 10%
The fall in steel production at the plants of Metinvest in the 4th quarter 2019 exceeded 16%
Mariupol metallurgists continue environmental modernization despite the pandemic
ANTONOV manufactured the fuselage of the first of three An-178 contracted by the Ministry of Defense
At the plant named after Illich in Mariupol completed the repair of blast furnace and Converter
Recommended:
Ford will sharply increase car prices due to a doubling in the price of raw materials for batteries
Ukrainian court invalidated sale of Ferrexpo Plc shares in 2002
UK government to set up Critical Minerals Agency
News Analytics
Ukrainian court invalidated sale of Ferrexpo Plc shares in 200222-09-2022, 12:45
EU Commission not doing enough to save aluminum industry - associations21-09-2022, 11:07
Steel market in Europe expects big production cuts due to weak demand20-09-2022, 11:13
Ford warns investors to cut car deliveries due to parts shortages20-09-2022, 10:43
The price of lithium resumes insane growth after Elon Musk's remarks20-09-2022, 10:54
China production cuts in winter will give limited boost to steel markets -15-09-2022, 10:09
Steel prices may rise as manufacturers stop production11-09-2022, 14:06
IREPAS: The global long products market is in a "dramatic situation"10-09-2022, 20:49
Steel prices are unlikely to rise significantly in the near future - analysts02-09-2022, 22:58
Steel prices may move up on new data from China31-08-2022, 12:19
Sign in with: