Steel smelting in Metinvest has grown due to increased production at the Mariupol metallurgical plants Azovstal and them. Ilyich. 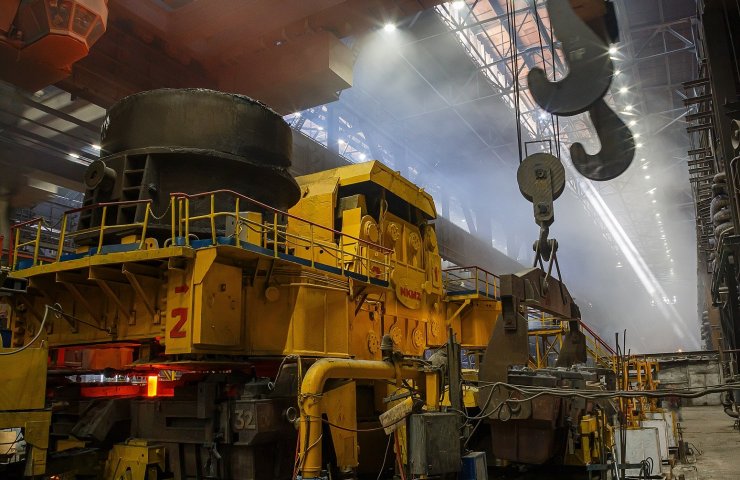 Netherlands-based Metinvest BV, the parent company of the vertically integrated group of mining and metallurgical companies (Metinvest), increased steel production in the first half of 2021 by 10% compared to the same period last year - up to 4 358 thousand tons - due to an increase in production by Mariupol Metallurgical Plant named after Ilyich and Azovstal by 210 and 185 thousand tons, respectively, due to an increase in pig iron smelting at the plants.

In general, over six months, iron production at Metinvest enterprises increased by 8% compared to the same period last year - up to 4,405 thousand tons.

Production of finished metal products increased by 22% compared to the same period last year - up to 3,481 thousand tons.

Metinvest also increased coal concentrate in the first half of 2021, which increased by 76% compared to the same period last year - to 2,705 thousand tons.

Metinvest is a vertically integrated group of mining and metallurgical companies that manages every link in the supply chain from mining to processing ore and coal, as well as the production and sale of semi-finished products and finished steel products. The structure of the group includes mining and metallurgical enterprises located in Ukraine, the European Union, Great Britain and the USA, as well as a sales network covering all key world markets.

Финансовая аналитика, прогнозы цен на сталь, железную руду, уголь и другие сырьевые товары. More news and analytics on Metallurgprom telegram channel - subscribe to get up-to-date market information and price forecasts faster than others.
Сomments
Add a comment
Сomments (0)
On this topic
Global steel production in may 2020 fell by almost 9%
Steel production at Metinvest's plants in Q3 2020 increased by 22%
Ukrainian metallurgical plants increased production of rolled metal by 8%
Metinvest Trametal has attracted funding for the modernization of their assets
Metinvest increased revenue by 70% in the first half of the year as a result of high steel prices
AMCU requested the opinion of the companies on the obligations of Metinvest in case of obtaining
Recommended:
Serbian steel plant shuts down blast furnace due to high gas prices
Kazakh authorities introduce temporary ban on coal exports
Steel production in China declines in July, but this does not affect the large supply surplus
News Analytics
China reduced steel exports in July by one million tons or 12%08-08-2022, 17:41
World steel prices have moved from a protracted fall to growth08-08-2022, 16:27
Ferrexpo's net profit in the first half of the year decreased by 88%03-08-2022, 10:20
Ukrainian gas transportation system allowed to pump biomethane03-08-2022, 10:18
The strategy for the development of Russian metallurgy will be "quickly02-08-2022, 14:02
The US market may begin a collapse in prices for thick sheet14-07-2022, 09:39
High iron ore shortage could halt metallurgy's green transition28-06-2022, 14:02
Price volatility hits global steel market27-06-2022, 19:28
Recovery in China could be key to rising global steel prices - MEPS24-06-2022, 14:00
Conflict in Ukraine spurs Europe's drive for clean energy03-06-2022, 12:14
Sign in with: